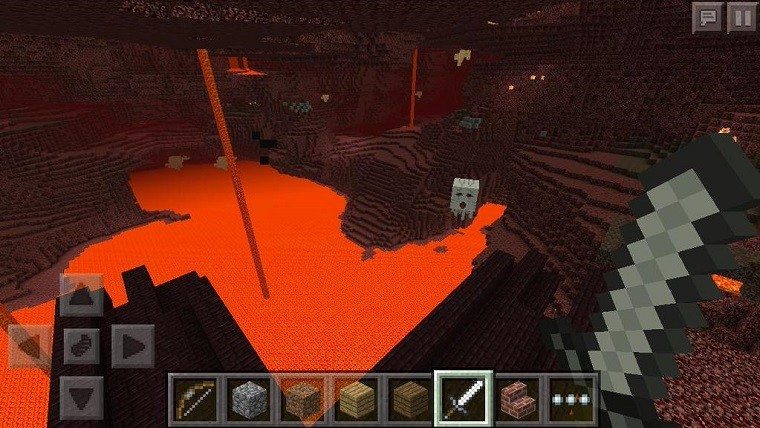 Tommaso Checchi, a game developer at Mojang, has just released the first glimpse at the Nether running on Minecraft: Pocket Edition.

Checchi revealed the Nether in an entertaining way on the social networking website Twitter earlier today: simply posting the above screenshot and commenting “By the way, Nether *drops mic*”. He swiftly added “By the way don’t thank me for the Nether, but a certain Jason in Redmond! They aren’t only doing lots of meetings”. The mentioned meetings are partially to blame for the latest build, version 0.11.0 beta 6, of Minecraft: Pocket Edition not fixing many issues; however they should help the team build the game faster moving forward.

Unfortunately, Checchi wouldn’t confirm when the Nether would be playable on the Pocket Edition: “I won’t tell you in which version that’s going to be out though, neither how finished that is.” So it seems we will have to wait a little while longer to experience the lava filled section of the virtual worlds on the move.

The latest version of the Pocket Edition is currently being beta tested by keen Minecraft fans. So far the team has made large strides towards getting Skin Packs into the game, added new mobs such as cave spiders and much more.