The latest news in the world of video games at Attack of the Fanboy
April 22nd, 2017 by Jose Belmonte 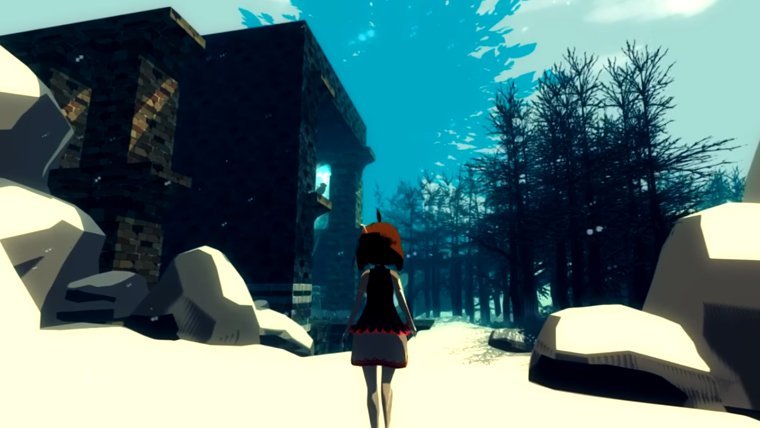 The action-RPG series Momodora keeps expanding with the development of its fifth entry, which promises big changes with a surprise shift to a 3D gameplay experience. The series, developed by Bombservice, has been until now a 2D action-platformer with an appearance imitating the graphic style of classic 8-bit games. However, Momodora V seems like it’s taking a radically different approach with polarizing results so far.

The teaser trailer for the newest chapter in the series doesn’t really reveal much in terms of the story, but it’s probably down to the fact that it’s been simply made to showcase the new gameplay and graphic style. And that is definitely enough, as fans are busy dealing with the shock that Bombservice is taking their series in such a different direction.

The good news is, there are definitely signs that Momodora V is being developed with as much love and care as any other previous entry. The new cartoon artstyle fits well with the series and offers infinite chances to build a more complex world, and the music keeps that feeling of melancholy intact from previous installments.

However, the simple fact that this is a different kind of game from any previous chapter has polarized part of the fanbase. And it doesn’t help that the combat gameplay it’s still in an early stage of development or isn’t showcased enough to dissipate any doubt in that respect.

The previous game in the series, Momodora: Reverie Under the Moonlight, was released recently for PlayStation 4 and Xbox One, after launching originally on PC in 2016. It gained excellent critical and public support, being defined as a perfect mix of classic graphics and platforming with a complex combo system and fluid animation.

We expect to learn more details about Momodora V soon, although the development is still in early stages and it could take years to finish.