The latest news in the world of video games at Attack of the Fanboy
August 4th, 2014 by William Schwartz 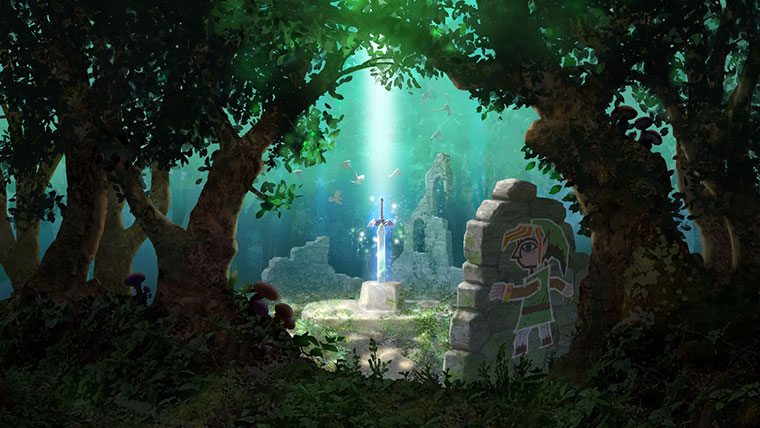 Many gamers remember board games fondly and some even make a habit to play them every now and then with family. There are a few gaming editions of Monoply, but now there is a definitive one for Zelda fans. Monopoly: The Legend Of Zelda Edition is coming your way.

Monopoly: The Legend Of Zelda Edition is a pleasant surprise coming from USAopoly, the company that makes all the wonderfully themed Monopoly titles for our amusement. This one however, is sure to hold significance in gamers and of course specifically Zelda fans hearts. Not only has the money changed from hard cash, but to Rupes in the usual denominations. The player pieces are of course Zelda themed and include the Orcarina, Bow, Hookshot, Triforce and the Hylian Shield. 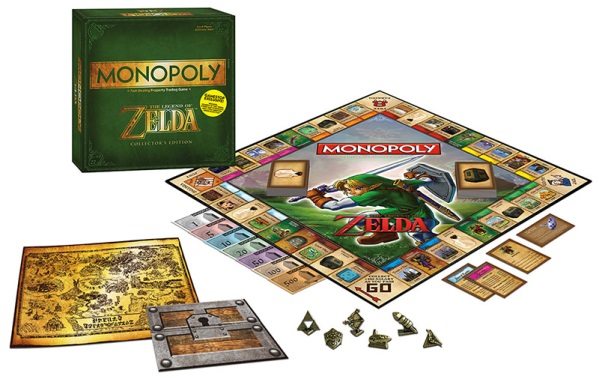 The site’s description holds more info, including that houses and hotels have been renamed Deku Trees and Deku Sprouts respectively. Classic Chance and Community Chest cards have been replaced by Empty Bottle and Treasure Chest cards. As many Monopoly players think fondly of Boardwalk and various other locations, Zelda players will be happy to know that real estate has also changed. Key locations include, Lon Lon Ranch, Temple Of Time and of course Link’s House.

Gamestop is even having their own exclusive edition of Monopoly: The Legend of Zelda Edition for $39.99 which includes the game and six additional Power Cards and a 11″ x 17″ Hyrule Map Lithograph with a treasure chest holder for it.

The release date for Monopoly: The Legend Of Zelda Edition is set for September 15th.

Monopoly The Legend of Zelda
We're Looking For Contributors