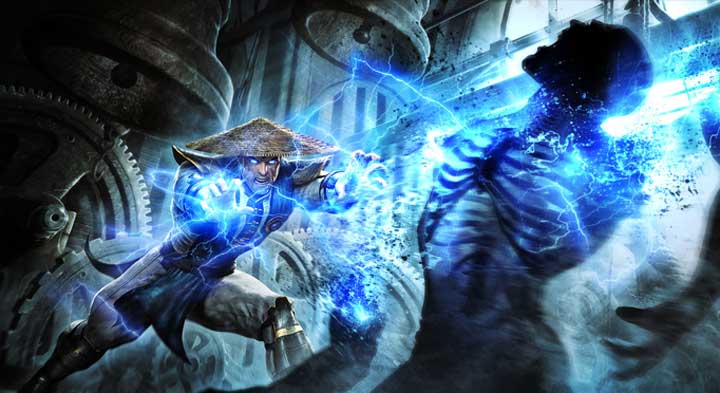 The Online Pass is becoming more and more frequent in games these days.  The recently released Mortal Kombat features one such pass.  It’s inclusion in Mortal Kombat is a minor annoyance for people that buy the game new, but for those that buy pre-owned, you cannot access the game’s multiplayer features without ponying up some extra cash.  Ed Boon thinks that not only was the online pass in Mortal Kombat, the right move for his game, but the right move for all games.

So if you are anti-online pass you may want to cover your ears..er..eyes.  The NetherRealm boss thinks that the online pass will not restrict the Mortal Kombat community and feels that this model is one of the necessary changes that the industry needs to recuperate development costs.  Our source has Boon describing the online pass as follows:

“When we sell a game, we need to recuperate the cost of development. These games cost many many millions of dollars to produce. If somebody is re-selling our game and cutting us out of the sharing of the profits of the game, to pay for our games we need to do something to protect our investment. … The people who only rent games or people who only buy used games probably go through a lot more games in a shorter period of time. We feel like in order for us to continue to make games, we need to get enough back to pay for it. That’s the motivation there.”

The online pass has become popular of late.  Originally started by Electronic Arts with some its multiplayer titles, other big publishers have started to incorporate them into their games as well.  THQ followed suit, and now Warner Bros, will all games have a online pass in the near future?

Boon’s statements ring true when talking about recovering the short-term costs associated with a game.  However, over the years gamers have gotten burned by downright bad games that cost just as much as the “good” games on the shelf next to them. Slick marketing gets people in the door only to find that the commercials were much better than the actual game.  So gamers naturally gravitated to buying and selling their games, so much so that a publicly traded company rose to the top of the industry on the backs of gamers by buying these used titles low and selling them at near new prices.

Naturally, after getting burned in the past, today’s gamer buys what they know is quality, or have had a good experience with in the past.  For more marginal titles, exposure to games comes from rentals or pre-owned purchases that ultimately either convert the consumer to the brand, or justify their decision to pay less than the new price tag because they didn’t enjoy the game or it was of low quality.  The short term repercussions are little for the developer.  In this case, Mortal Kombat makes more money, NetherRealm can make a bigger and better game next time around, and the wheels keep churning….in place.  How does the person that is hesitant to purchase Mortal Kombat justify a full priced purchase of the title and experience what is a great game?  It’s an argument that is identical to the one on piracy.  A software pirate isn’t going to purchase your product anyway and neither is this consumer.

When the next Mortal Kombat rolls around they’ll once again have the same decision to be made with little to urge them on to purchasing the game since they never played the first one.  Crytek got this right when they went against EA’s grain with Crysis 2’s policy for the online pass. Not many console gamers had experienced Crysis before, and being that the franchise will undoubtedly see a sequel, there’s no point in not allowing all that want to see the game, to see it.  The person that buys pre-owned does it for a reason, a personal reason, and the inclusion of an online pass can only lead to lesser growth over the long term.

Developers will ultimately make less money in the long-run because of these online passes. Instead of alienating a large segment of gamers, they should be trying to convert these people into loyal customers that will lineup at midnight on a work-night to pick-up their latest title.  Because those people, the people that can’t wait to play your newest games, are the ones that pre-order your titles months in advance, purchase all of the available DLC, and start marking their calendars for the next iteration just as soon as that new case smell starts to dissipate.  Until there are no bad games, people will look for alternative methods to try new games without putting up full price, be it from rentals,pre-owned, or even piracy.  Developers shouldn’t look at what they lost from someone purchasing and playing their game pre-owned, because if successful, they just earned themselves a loyal customer for the price of a pressed disc that was already purchased once before.  All the banner ads and television spots on the planet can’t beat that.