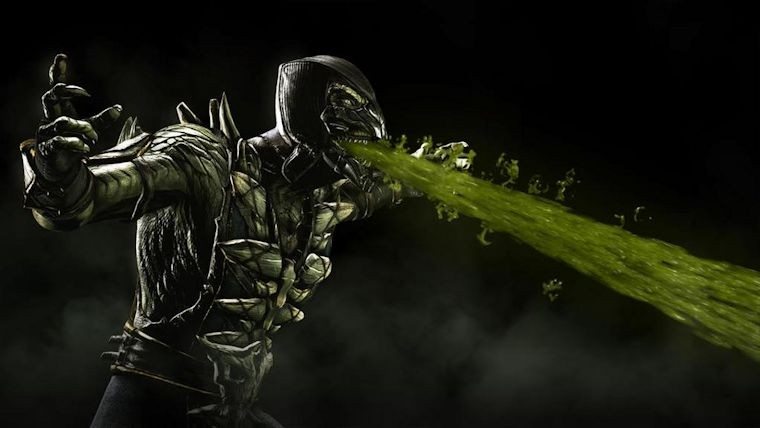 Mortal Kombat X is less than three months away and the game’s roster has been growing a good bit as of late. Recently, we learned of the inclusion of classic fighters Kung Lao and Kitana, with Ed Boon teasing that two more would be unveiled this week. The first of the previously announced duo has now been officially revealed as the villainous Reptile.

NetherRealm Studios gave IGN the exclusive reveal for Reptile, which has seen many different forms over the years, from a green palette swap of Sub-Zero and Scorpion to a full on lizardman. Reptile’s appearance in Mortal Kombat X looks mostly similar to the last entry in the series, though his costume looks even more reptilian themed.

Many of Reptile’s signature moves appear to be back this time around, including the use of his tongue and claws in combat. It also wouldn’t be Reptile without various uses of acid, especially with his Acid Spit and Force Ball attacks, as well as his invisibility technique. The reveal trailer ends with the showing of one of his fatalities that will be found in the game, which is as gruesome as expected.

Mortal Kombat X will be available for PlayStation 4, Xbox One, PlayStation 3, Xbox 360, and PC on April 14.