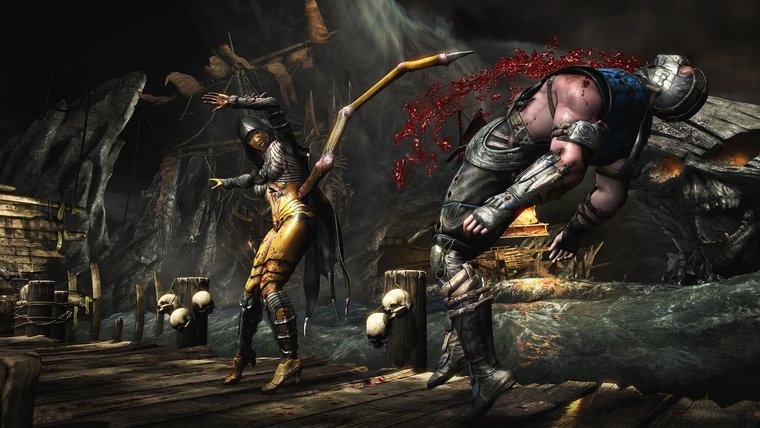 Mortal Kombat X just released a few hours ago and gamers are finally getting their hands on the next entry in the much beloved fighting franchise. While the early reports are that the game is awesome, some troubling information has popped up since the midnight launch. 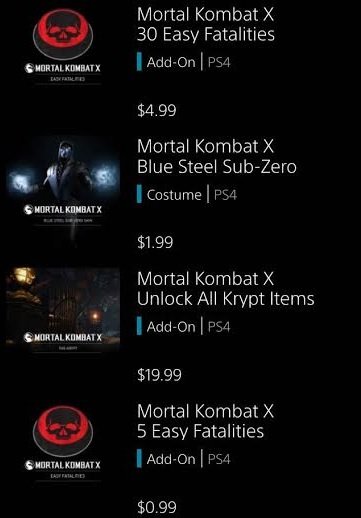 We heard before that Mortal Kombat X was going to have something known as “Easy Fatalities” in the game that allow players to use their favorite fatalities with ease. NetherRealm also revealed that at the start you would have about three of these available, with more unlockable in-game later. While this information is still true, the worrisome part is that they have chosen to go the route of microtransactions by letting you buy these through the respective game stores, as seen in the image on the right taken from the PS Mobile Store.

For a price of $0.99, you can purchase five Easy Fatalities that can be used in the game, or 30 of them for $4.99. Even if you can unlock these in game, I personally cannot stand ever seeing microtransactions like these in games, much less console games. While this seems bad on its own, it gets even worse.

For a fee of $19.99, you can also purchase literally everything that is eventually unlockable in the Krypt. This is incredibly infuriating more than anything else, as it is another example of taking away earning anything in gaming these days. It is simply a way to make more money and should not be present in a game like this, where the only paid content should be actual new content.