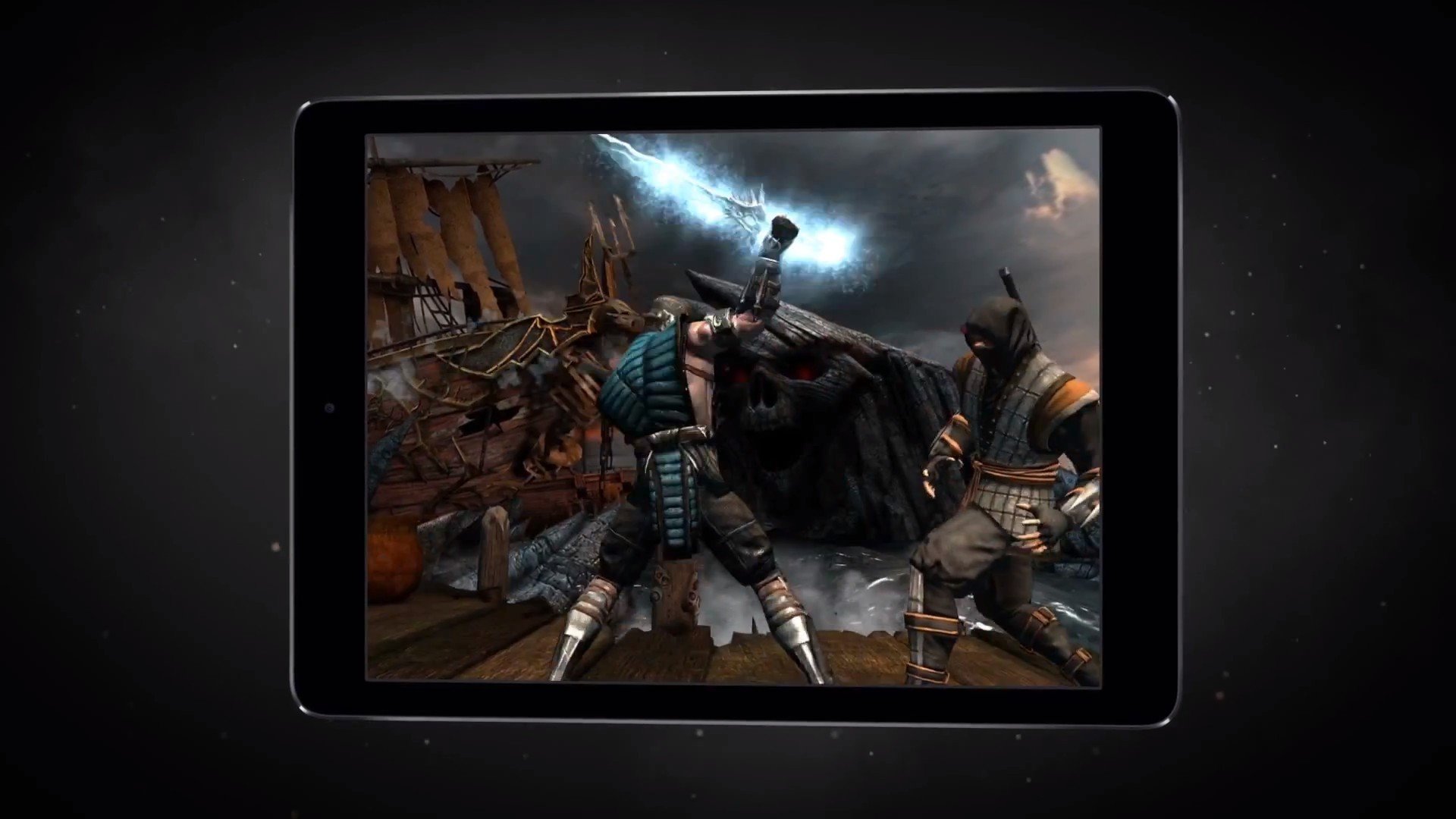 NetherRealm’s last foray into the mobile fighting game arena left fans wanting more with Injustice: Gods Among Us, and WWE Immortals, now Mortal Kombat X mobile is out and fans will be able to satiate their appetite for bone crushing. Blending card collection and fighting for a whole experience that includes 24 fighters that make up the initial roster. Players will collect upgradeable gear to buff their fighters and unlock insane finishing moves to destroy their opponent.

Mortal Kombat X mobile will feature daily events and online mutiplayer battles. Challenge Mode will be arriving soon for the title at a later date. The game also has an ‘allies’ feature that allows players to borrow a friends character to aid them in battle. When the PC and console versions of Mortal Kombat X release, the connectivity will be initiated. This will allow players to compete in Faction Wars, that will unlock various aspects in the home versions and the mobile versions by playing between them. Check out the launch trailer for the mobile version below.

Mortal Kombat X mobile is now available on the App Store for iOS and is set to release ‘soon’ for Google Play. Mortal Kombat X will release on Xbox One, PlayStation 4 and PC on April 14th.