Mortal Kombat X’s Brutalities Are Slightly Different Than Before 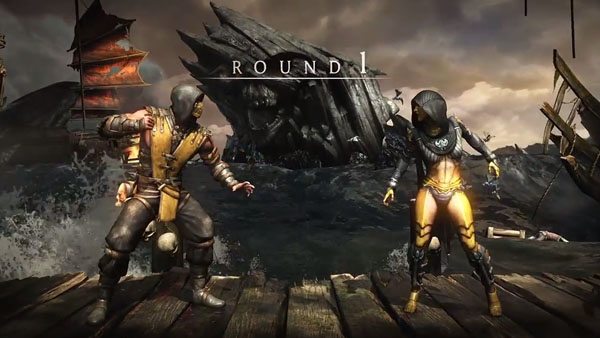 NetherRealm Studios has now revealed what Brutalities look like in Mortal Kombat X.

In the older Mortal Kombat games, Brutalities were vicious combos that ended with the opponent exploding in a pile of blood and bones flying everywhere. It appears Mortal Kombat X has changed this format.

Brutalities in Mortal Kombat X are no longer combos. However, that’s not to say they are not cool to look at. They are more like mini Fatalities. Fighters just perform one move that will behead or maim an opponent in very gruesome fashion.

Unlike with Fatalities, Mortal Kombat X will feature more than a 100 Brutalities. That’s a lot of gruesome moves for a game that’s expected to have around only 24 fighters in total. This means each fighter will have at least four or more Brutalities.

NetherRealm Studios only showed 10 of them so far in the stream they aired earlier this week. It goes without saying you should not view the video if you are sensitive to graphic violence.

Brutalities really are brutal and nasty. Arguably, some of them look more violent than Fatalities in my opinion. The only major difference is that you don’t get the special camera angles that Fatalities have.

Check out the video below to see Mortal Kombat X’s Brutalities: