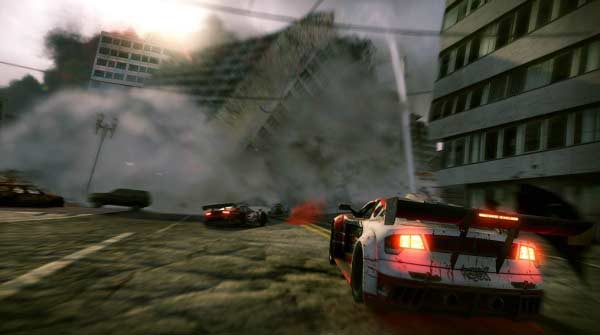 Sony announced that Motorstorm Apocalypse will indeed be seeing a delayed release in the UK.  Stemming from the events in Japan, the disaster filled nature of the game draws many parallels to the game, and is one of the reasons that the game has seen the delay.  In Motorstorm Apocalypse you race vehicles in the wake of Earthquakes and other natural disasters.

The representative from SCEUK explained why the launch has been postponed.

“We are shocked and saddened to see the impact of the earthquake and tsunami in Japan and our thoughts are with all those affected, including our colleagues within the Sony family, living and working throughout Japan.”

“We are very conscious of the parallels between these events and the underlying theme in MotorStorm and are doing everything we can to be as sensitive as possible to the situation. Although the game itself is already in distribution, we are ceasing any further shipments and removing as much of the marketing materials as possible.”

No comments were made on the length of the delay or whether it would affect the U.S. release which is slated for release on April 12th exclusively for the PlayStation 3.