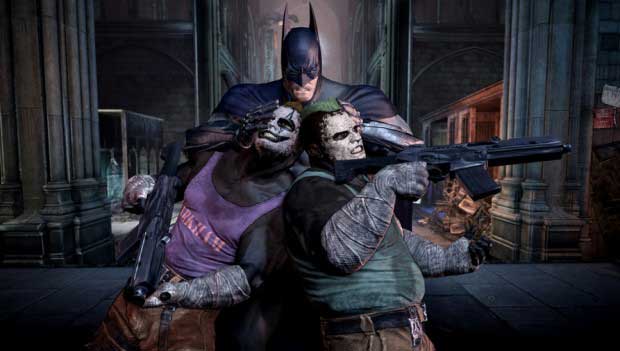 Gaming has exploded in popularity recently, this due in part to the social interactivity that modern video games bring to the table. As technology has advanced consoles have come equipped with online networks that allow you to play with friends, make new ones, and enjoy the social aspects of playing with your friends in you living room, whether they live five miles away or five hundred. A disturbing trend has steadily been becoming a gaming reality, multiplayer is a must have for a game to be considered a “success”.

Frank Gibeau of EA recently stated that “the model is finished”, as in the single player only model. If he’s right, the experiences will go the way of the dinosaur soon. Recent games like Dead Space 2 included a multiplayer component into the offering. And while it was good, it pales in comparison to the single player campaign. There was a time not too long ago, where multiplayer was a great addition to a single player campaign. Now more often than not, it’s the star of the show. Just take the most popular franchise in gaming, Call of Duty: Black Ops. Everyone wants to sell millions like that, and their example is to make a multiplayer component that will keep gamers coming back for more. To add this multiplayer experience into a game costs time. And since time costs money, gaming budgets have skyrocketed.

And lets face facts here, multiplayer games are all about repetition. Sure, there is a dynamic to multiplayer games that give the sense of each and every round is different, but really it’s not. Think about it. Of all the rounds of Halo or Call of Duty, was it really different? Or just a variation of itself. Over and over again. I think the answer is clear on that one. All of these multiplayer titles will just slowly gravitate towards the Madden philosophy of game development: Small tweaks, big sales, rinse and repeat. I actually like Call of Duty,as well as the other franchises I listed above. They have their place in my library. But you know what you are getting going into them. But mid range games that are already tight on resources and aren’t doing themselves any favors by imitating games like these.

There’s no doubt that when multiplayer is involved in a game, it’s detracting from the single player. And more often than not, it’s piss poor. Honestly, there’s only a handful of truly good multiplayer experiences out there. You have your games that were designed for it, like Halo:Reach, Call of Duty, Battlefield, and Killzone. Then you have a very small handful of developers who think outside of the box and create games like Left 4 Dead or Assassin’s Creed Brotherhood. Then you have everything else. There are a ton of games that shouldn’t have multiplayer. Of the more high profile names, Bioshock 2 definitely didn’t need multiplayer. And although some love it, I don’t think Uncharted 2 needed it either. So was it thrown in for good measure? There’s nothing wrong with playing a bad ass 8 hour campaign. But what has been increasingly happening is campaign lengths are getting shorter, containing less features, and then bundled with a mediocre multiplayer and shipped.

Hopefully, developers will look to their peers in the recent successes of games like Assassin’s Creed Brotherhood and Bulletstorm. They nailed it, and each took a different approach. Assassin’s Creed wanted to extend the shelf life of it’s game and it did so in amazing fashion with their first offering. They brought their single player world to a multiplayer arena and it worked extremely well. Maybe even more amazing was Bulletstorm’s refrain from adding in a multiplayer, knowing that it wouldn’t work. Instead you have the core principles of the single player dynamic incorporated into a cooperative mode that can offer just as many hours of fun as any multilplayer component. Perhaps these should be the titles that are looked to when trying to decide on that all important multiplayer mode that your game has to have to be considered a “success”.

Or better yet, just don’t go there. When developers make the conscious decision to include multiplayer into a game, they aren’t just asking for a gamers money, but time. And being that there are plenty of other, better multiplayer games out there, all that time that is put into multiplayer could have been used to make a lasting impression on the person that bought your game for the story, premise, or characters. Take Batman Arkham City, Rocksteady is going to sell millions of the next Batman game, why? Number one, it’s the only superhero game in the history of gaming not to suck ass. But more importantly, gamers know they are going to get a AAA experience when it comes to the campaign. Every resource that Rocksteady has is being poured into the single player experience, and they aren’t deviating from their gameplan to please a few people who want otherwise. Am I opposed to Rocksteady making a multiplayer in Batman Arkham City? Heck no, but I can certainly respect their professional opinion as why not to.

And it works both ways, single player in some cases is probably hurting multiplayer experiences in some way as well. There are plenty of multiplayer centric games that have no business wasting their efforts on a single player portion of the game. Why in this day and age, where games are a multi-billion dollar industry is there a clear lack of management in the development efforts? How doesn’t the producer for a game like Bioshock 2 step in and say, you know what this isn’t exactly groundbreaking stuff maybe we should just can it. It really does stink to hear the biggest publishers in the business claiming that multiplayer is a necessary component for a game to be successful. All it really means is either game quality is about to take a huge nosedive, or prices are about to go way up.