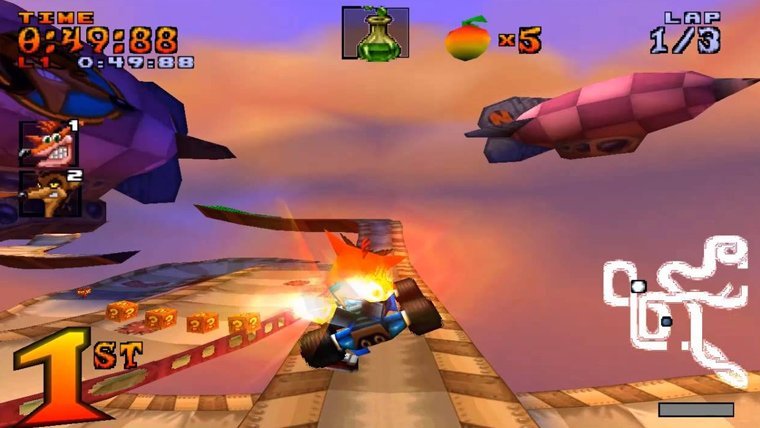 Crash Bandicoot: N. Sane Trilogy developer Kara Massie had a chat with Game Central in which she faced some of the most frequent questions about the project, including what is the next project for the team and whether it involves an entirely new Crash game or a remake of Crash Team Racing.

Massie’s answer was very politically correct, in which she acknowledged the huge fan demand for an updated version of the racing game, but also confirmed that the final decision would come from the upper spheres of Activision, and in anycase it would be taken after the release of N. Sane Trilogy.

When asked about what are the most frequently asked questions by fans she said: Exclusivity we obviously get asked about a lot, then about what’s next and are we going to see a new game or Crash Team Racing? (…) also these decisions aren’t made by me. So we’ll have to see how this game does first. But I’d love to work on another Crash game, this has been marvellous.

In the rest of the interview, Massie kept things ambiguous about the exclusivity of the trilogy, and spoke about her reverence for the original Naughty Dog productions and the huge amount of work that went into them, which they discovered once they had to build N. Sane Trilogy through reverse engineering.

Crash Bandicoot: N. Sane Trilogy will be released on PS4 on June 30th.