NBA 2K15 Brings Back Mascots And They Look Awesome 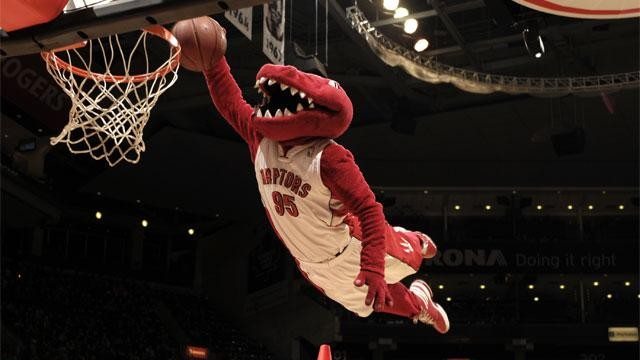 NBA 2K14 released last October for last generation consoles with most of the features we had come to expect, but when NBA 2K14 released for PlayStation 4 and Xbox One in November, it just seemed like a somewhat put together release with a number of missing features, including on the presentation side. Luckily, with the focus going to the now current-gen PlayStation 4 and Xbox One versions, we are seeing the return of some features, especially on the aforementioned presentation side of things.

In a short video posted to the 2K Instagram page, we got a good look at a few of the mascots in the game and they look phenomenal. This year’s game has greatly improved the character models on the players themselves and it appears that has been extended to the mascots as well. We do not know if they took the time to face scan the mascots, which I doubt, but they did a fantastic job at bringing them into the game once again.

The only real question with the mascots is if everyone is in the game or just a select few. It would be assumed that each team would at least have one of some sort, but we’ll have to wait to find out for sure.

We also learned this week that cheerleaders are returning to the game in NBA 2K15, so the presentation should be top notch this year when the game releases on October 7. You can check out the mascot video for yourself below: