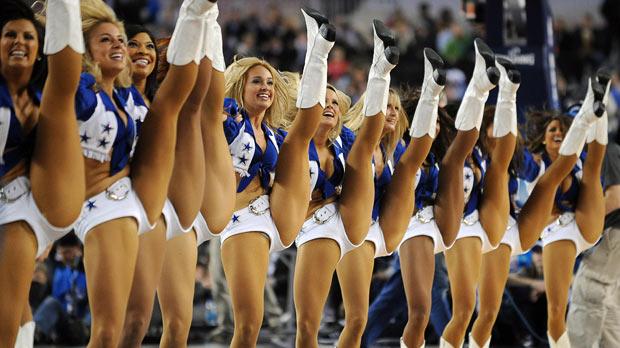 To add even more realism to NBA 2K15, 2K Sports motion captured even the cheerleaders in the game.

The official NBA 2K announced the following on their Facebook page:

“Entire dance routines were mocapped from professional NBA dance teams to be implemented in #NBA2K15. Just another authentic touch to the game this year.”

If you bought NBA 2K14 last year on PS4 and Xbox One, you may have remembered cheerleaders were missing in the game entirely. Even mascots were not seen in that game either. NBA 2K14 was the first game to hit the new consoles, so more effort was made on the actual gameplay elements.

Now that 2K Sports has had more experience, they can now add little touches like cheerleaders into the game. It’s small things like this that will make NBA 2K15 stand out from many other sports games out on the market. 2K Sports always strives to make each game better and bigger every year.

Cheerleaders are not the only new thing added to NBA 2K15. It was also announced that Ernie Johnson and Shaquille O’Neal will add to the game’s presentation this year. They will speak during halftime and at the end of each game like they do in real life.