NBA 2K15 Opens Up The Gameplan With New Offensive Sets

The latest news in the world of video games at Attack of the Fanboy
September 27th, 2014 by Dean James 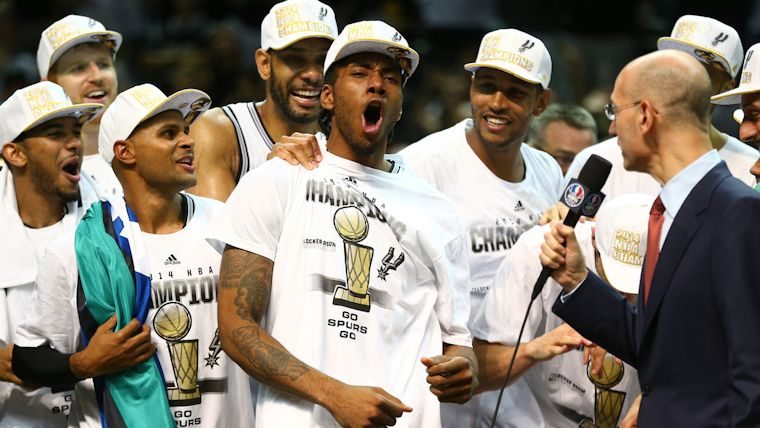 NBA 2K15 releases in less than two weeks, but we still have yet to see a lot of footage from the game, namely about changes to the gameplay. While 2K Sports didn’t directly bring us any new footage, longtime NBA 2K superfan Da Czar has posted a new video, courtesy of 2K, of the game in action that shows off one new offensive set you will find in the game.

In the past when playing offense, after awhile your team would revert to the freelance offense, which was pretty much the same thing from every team in the game. This was disappointing most of the time, as nothing set each team apart from the other and it got tiresome in long games.

Within this particular video, Da Czar focuses on the NBA defending champ San Antonio Spurs. He starts by showing off how the freelance offense was in the past, but before long shows off how it evolves in NBA 2K15. The Spurs themselves now have their signature swing motion offense, which comes into play during possessions when the basic freelance offense used to take over.

Make sure to check out the video below as it shows off over seven minutes of new gameplay for the game and don’t forget to pick up NBA 2K15 when it releases on October 7.