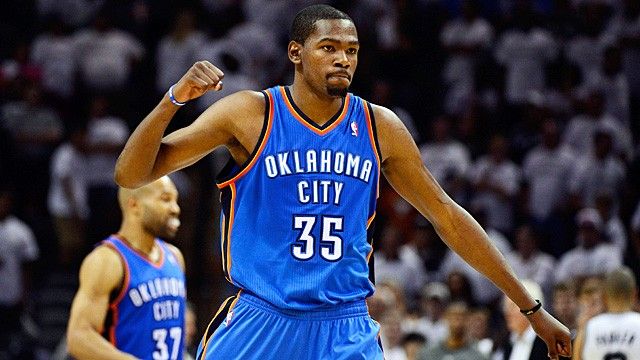 2K Sports has announced the player ratings in NBA 2K15 have changed for this year. They’re not being very generous to the players for this game from the sounds of things.

NBA 2K15 Community Manager Chris Manning made an interesting tweet about the topic yesterday. He said this game has a new “ratings system”. He also said that only four current NBA players have a rating of over “90 at launch”.

2K Sports already announced that cover boy Kevin Durant has an overall rating of 95 in the game. It’s possible he has one of the highest ratings out of all the current NBA players. LeBron James is the only other player I feel that could have a higher rating. If we’re talking about older players, Michael Jordan will eclipse them both…

Going back to current NBA players, it’s harder to think who the other two players are that has a rating of over 90 in NBA 2K15. Russell Westbrook comes to mind as he’s just as good as Kevin Durant can be sometimes. In the past, Dwyane Wade and Kobe Bryant had high ratings. It’s likely they’ve dropped since both have been injured and haven’t played like their usual selves. The only other player that could come to mind is Paul George, but he can be inconsistent too.

Who do you think are the four best current NBA players that will have the highest ratings in NBA 2K15?