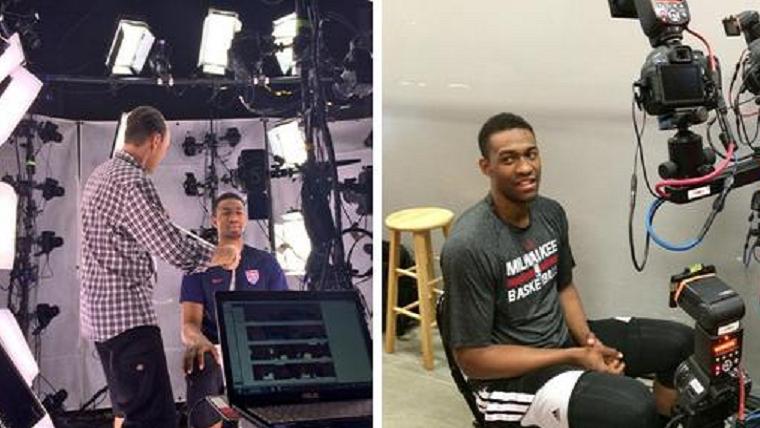 A very interesting picture has surfaced online on the different techniques being used to scan NBA players. NBA 2K15 looks like it has the fancier technology over NBA Live 15.

This is far from being accurate, but it does appear (from the photos provided) that NBA 2K15 is using a lot more cameras than in NBA Live 15. Not to mention there are a lot more studio lights surrounding players in the 2K studio. In the EA one, the lighting doesn’t appear to be as bright and there are only a handful of cameras capturing the player.

2K used the same technology for NBA 2K14 and is also using it for WWE 2K15 too. For EA, they are using scanning technology to full effect in NBA Live 15 as it wasn’t really used for NBA Live 14.

It will be interesting to see if NBA Live 15 looks as good as NBA 2K15 does. Last year, NBA 2K14 blew NBA Live 14 in every department possible.