Dynamic soundtrack to debut this year. 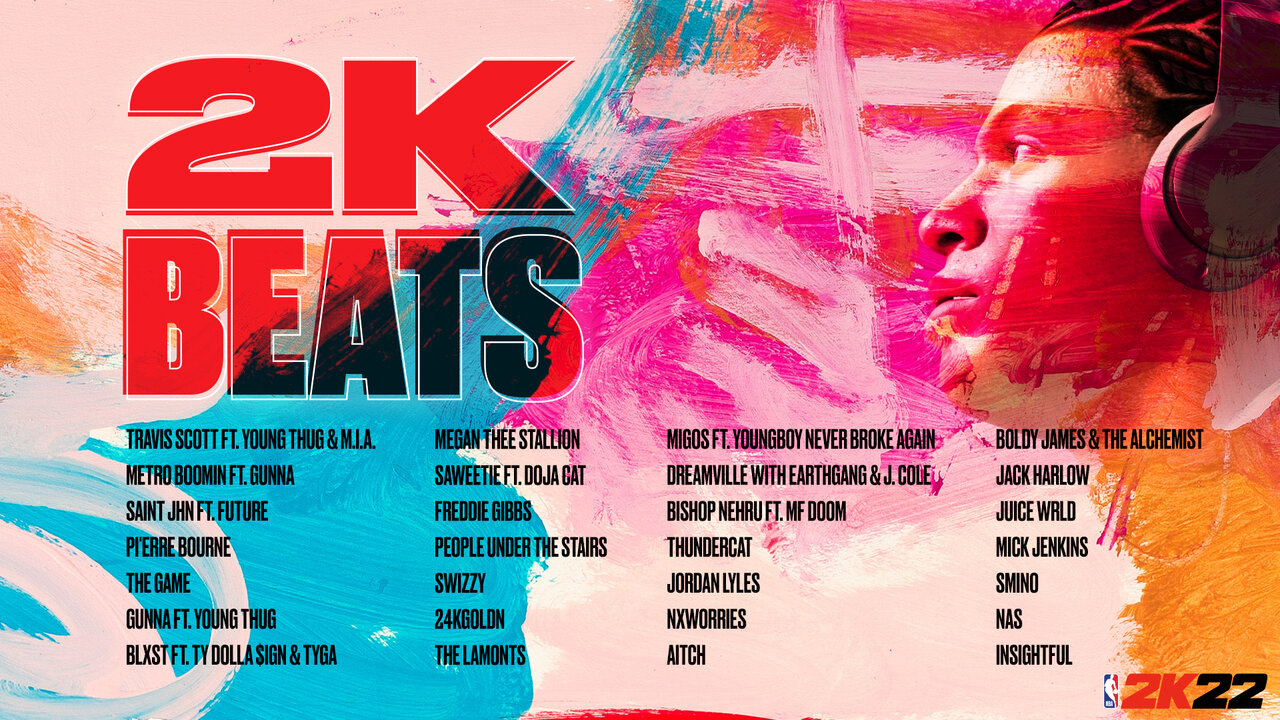 2K is evolving NBA 2K22 in new ways, taking soundtracks to the next level. The game will feature hugely popular songs at launch, as usual, followed by brand new soundtracks with early releases for an array of artists, and the integration of music with seasons.

The new system will of course keep the in-game tracks from getting old soon after launch, it will provide the opportunity for artists to promote their music on a hugely popular platform, and fans of the artists will want to jump in-game to gain early access to the new music which will be updated with every season.

“Basketball and music are so intertwined and have become an integral part of our game.  NBA 2K has become a global platform for music discovery and that continues with NBA 2K22. This year, we are creating a dynamic soundtrack, complete with early access to unreleased tracks, new artists, and opportunities for fans to become part of the experience and solidify their place in video game history.” said Alfie Brody, Vice President of Global Marketing for NBA 2K.

The “Dynamic Soundtrack” system has already acquired huge artists that will kick things off when the game launches this year, such as Travis Scott, Young Thug, and Nas.

NBA 2K22 should be expected to release this September 10th on PS4 and PS5, Xbox One and Xbox Series X/S, Apple Arcade, and PC.