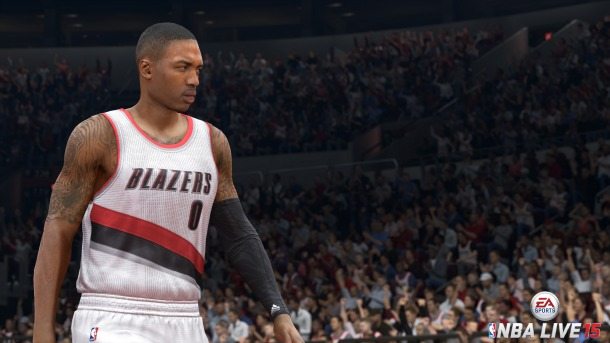 Previously NBA Live 15 was coming out on the same day as NBA 2K15. Now it appears the game has a new release date.

Initially, both NBA Live 15 and NBA 2K15 were coming out in North America on October 7th. This was a bold move on EA Sports’ part going head-to-head with the more popular 2K brand. Nevertheless this original release date was set, until recently.

EA Sports has now announced the game has received a new release date of October 28th. They needed three extra weeks to “polish some last elements of gameplay, as well as fine-tune and balance the game”. The game has swooped in and will now compete with WWE 2K15 instead. It now occupies the previous release date that Assassin’s Creed Unity used to have.

Releasing NBA Live 15 three weeks after NBA 2K15 is a better decision. If both games came out on the same day, everyone would have bought NBA 2K15 instead. Ever since the Live series took a hiatus, 2K Sports has come in to become the best selling basketball series in history. EA Sports coming back last year for NBA Live 14 didn’t help things. That game was poorly received by everyone.

It will be interesting to see now if NBA Live 15 can gain more fans with the improvements that are promised to be made.