The latest news in the world of video games at Attack of the Fanboy
June 27th, 2014 by Damian Seeto 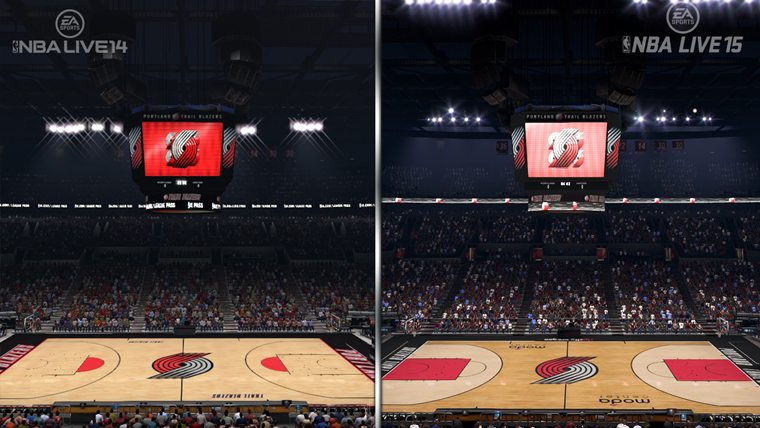 EA has released a new video promoting how NBA Live 15 looks so much better than the woeful looking NBA Live 14.

EA already released a screenshot earlier this month that shows how much the graphics have been improved for NBA Live 15. You can really tell a lot of work has been done to ensure the character models look more realistic. The players don’t look like plastic action figures like in NBA Live 14.

The art director for NBA Live 15, Paul Kashuk explains in the new video the many changes that have been made. The team scanned players, jerseys and shoes. Even the lighting in the arenas have been improved to look more natural.

NBA Live 15 releases October 7th for the PS4 and Xbox One.