The latest news in the world of video games at Attack of the Fanboy
January 5th, 2018 by Dylan Siegler 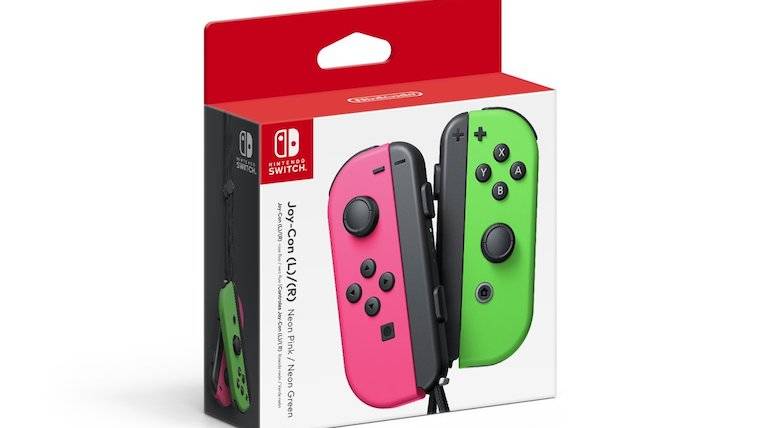 Last year, Neon Pink and Neon Green Joy-Cons were sold as part of a Splatoon 2 Switch bundle. In Europe and Japan, players could also buy these newly colored controllers on their own, independent of the bundle, but in the United States, collectors could only get their hands on this new coloration by either buying the Splatoon 2 bundle or by importing European or Japanese versions. Soon, however, American collectors will finally be able to buy these Joy-Cons on their own, without having to pay increased prices due to out-of-country shipping or buying a whole console again.

Nintendo of America recently announced on their Twitter page that Neon Green and Neon Pink Joy-Cons will be available on their own later this month. A specific date and price point were not given, but since most Joy-Cons go for retail at $79.99, we can probably expect that these ones will cost about $80 as well. It is also worth noting that these new Neon Green and Neon Pink controllers feature the left controller as pink and the right controller as green, which is the opposite of the color scheme of the controllers packaged in with the Splatoon 2 bundle, as well as the Japanese and European versions, so collectors who already have green and pink controllers may want to keep an eye on the American green and pink controllers anyway.