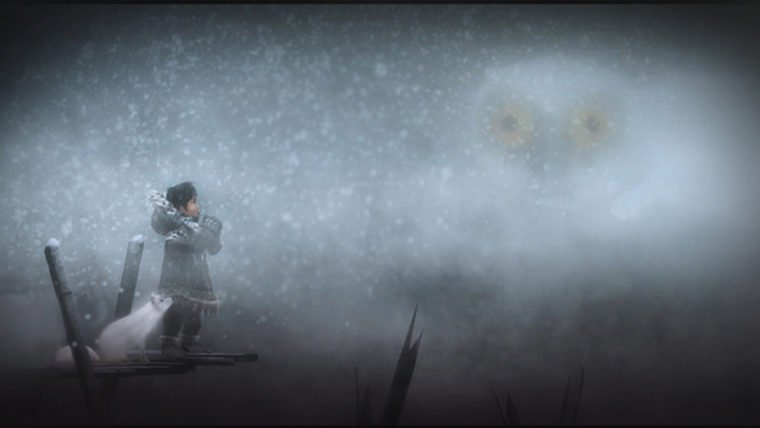 Never Alone, or Kisima Inŋitchuŋa, is a new 2D puzzle platformer that is based on real Alaska Native stories. Developed by Upper One Games, Never Alone is set in Alaska, where a young girl must rescue her people from a never-ending blizzard. On her journey she will explore the world of Iñupiaq stories, encountering fantastic creatures and places.

“This is the first in a new category of games — games which draw fully upon the richness of unique cultures to create complex and fascinating game worlds,” says the developer’s website. “Upper One Games paired world class game developers with Alaska Native storytellers and elders to create Never Alone (Kisima Inŋitchuŋa), a game based on stories that have been handed down for thousands of years. A game which delves deeply into the traditional lore of the Iñupiat people to present an experience like no other. An atmospheric puzzle platformer of wondrous adventure. A game of survival in a place where survival shouldn’t be possible. A game that opens a gateway to explore what it means to be human.”

Basing a game on older folklore is already an interesting proposition. Having actual Iñupiat storytellers come in and work with the developer of the game is extremely admirable. As the trailer says, these stories have been passed down from generation to generation in an attempt to understand how the world works and their people’s place in it. Being able to share those stories and ideas with a much wider audience is wonderful.

The gameplay itself seems to work by switching between the young girl, named Nuna, and her fox. A co-op mode is planned so that two players can control both characters at the same time. There are eight chapters to the game, each based around stories that have been shared through the years by the Native Alaskans.

Never Alone is set to release Fall 2014 for PC and consoles. No specific systems were mentioned.