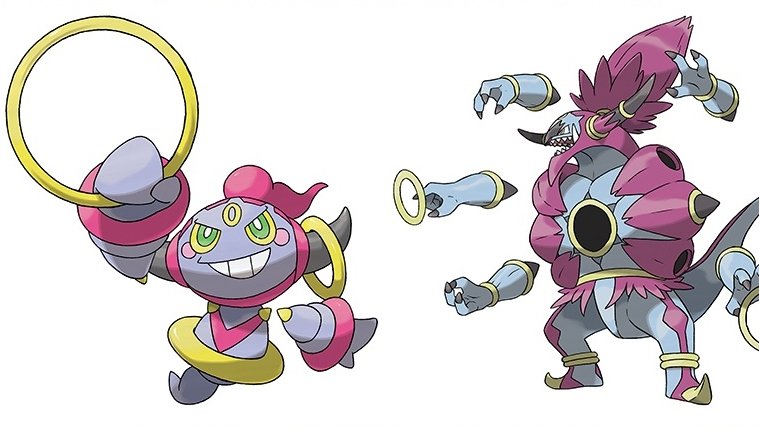 Pokemon: Omega Ruby & Alpha Sapphire fans rejoice as a new pokemon will soon be entering the roster in an upcoming event. It even ties into the upcoming movie that was just announced.

Hoopa Unbound was announced earlier today via the official website. The Pokemon will be coming to Pokemon: Omega Ruby & Alpha Sapphire at a later date. The official breakdown is below;

Hoopa is a Mythical Pokémon that you cannot meet through ordinary gameplay in the world of Pokémon Omega Ruby orPokémon Alpha Sapphire. Now, its true form, which had been bound and sealed away, is revealed to all!

Hoopa Unbound is far larger than its previous appearance—it’s easy to recognize by its six huge arms. It’s also carrying a greater number of its signature rings, which are said to be capable of bending dimensions. How does Hoopa regain its true Unbound form?

Fans should hope to get their hands on Hoopa Unbound soon, for now check out the trailer featuring the new Pokemon in action.

The new addition of Hoopa Unbound and Hoopa itself to the Pokemon: ORAS games looks to be a way to promote the recently announced Pokemon The Movie: Hoopa & The Clash Of Ages. As it of course, which you may have figured out by the title, also involves Hoopa. Check out the trailer below.

No date has been announced for Hoopa Unbound availability but hopefully it will be sometime this month so Pokemon: Omega Ruby & Alpha Sapphire fans can enjoy some new Pokemon action.