The latest news in the world of video games at Attack of the Fanboy
February 18th, 2017 by Joshua Evans 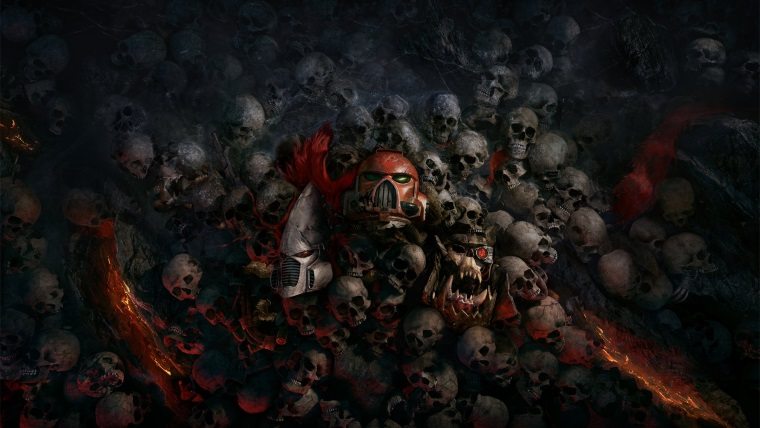 The newest entry in the Warhammer 40,000 RTS series by Relic, Dawn of War III, just got a brand new story trailer, with in engine graphics as well. Looks like we have Eldar, Space Marines, and Orks going at it over a magic stick. It seems like Dawn of War III is going to combine all the good of the older entries into one game. Battles look as large as they were in Dawn of War and units seem to have their own unique abilities as they did in Dawn of War II. If that is the case, then this one could be the best in the series.

Currently I am not sure how the shift to only three factions is going to work, especially when by the end of all the originals expansions there were about nine. Less factions would allow for the three of them to be more finely tuned, however I am going to miss all those different Warhammer 40k factions, especially The Imperial Guard. Luckily the three factions thing works perfectly for story, as it seems that every 4ok game contains the plot twist of “It was actually Chaos all along!”, so it will be interesting to finally let another faction be the baddies. Well more of the baddies than everyone else, it is Warhammer after all. Speaking of the campaign, Dawn of War II, and it’s expansions, had a very interesting way of presenting the campaign that should definitely be carried over into the sequel. Picking your battles, and suffering consequences for the ones you lose, added weight to the missions, even more so when you could see how much more powerful the enemy was getting while you faffed about else where.

Relic has gotten Real time strategy right, and they have gotten Warhammer 4ok right. If anyone can sort a Doctor Frankenstein style stitching of squad based tactics and large scale strategy, they can.