The New Day Want To Be On The WWE 2K17 Cover 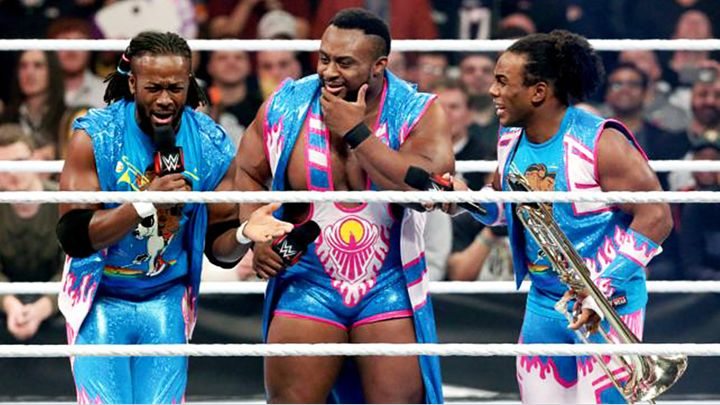 The cover star(s) haven’t been announced for WWE 2K17 just yet, however a couple of current WWE Superstars are campaigning to be featured on it.

In a new interview with GamesMaster (via GamesRadar), Big E said that he and his buddies (The New Day) should be on the cover for WWE 2K17. It’s a good fit as Xavier Woods is a huge gamer and he has his own YouTube channel dedicated to gaming.

Big E said: “It’s a slam dunk: the three of us, clearly. Xavier is owning gaming right now. Plus we’ve been tag champs for over 200 days. We’re out there killing it, making people laugh, we have the power of positivity that’s infectious. Stop looking! Stop looking! Look no more! The New Day accepts your offer. Thank you, 2K, for offering us the cover. We accept! When is the cover shoot?”

It’s about time some new stars get a chance to be on the cover for the WWE 2K video games. The past few years have been allocated to older stars such as The Rock, John Cena and Stone Cold Steve Austin.

It will be great if the fans voted and put The New Day on the cover for WWE 2K17. It’s unlikely to happen though because Vince McMahon usually has the final say on these kinds of things. Roman Reigns might be the favorite to grace the cover this year.