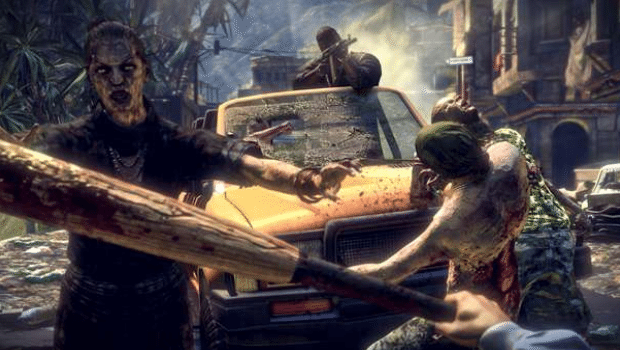 I’ve been saying for quite some time now that if Left 4 Dead and Dead Rising conceived and had a dark, twisted love-child, they would name it Dead Island. The new co-op trailer though, makes me feel like Dead Island will be unlike any other zombie apocalypse game that we’ve ever seen, taking the best elements from past games of the genre and adding a gory twist that involves an almost nauseating realism when you’re bashing an infected’s brains in.

The new trailer which features all four playable characters, displays some of that teamwork aspect that will be vital for survival in the former paradise. Rather than a trailer for a game, the consistent use of slow-motion makes it look more like a trailer for an NC-17 zombie film directed by Zack Snyder. That’s not a bad thing by any means, of course. Still, I was a little disappointed that Gerard Butler/Leonidas didn’t appear with Nine Inch Nails’ “Just Like You Imagined” blaring in the background.

You hear that Techland? We totally want Leonidas as a playable character. Walking around Banoi with the King of Sparta would increase our chances of survival by about 200%. Make it happen.