Will Dehya finally make The Bell a worthwhile pick? 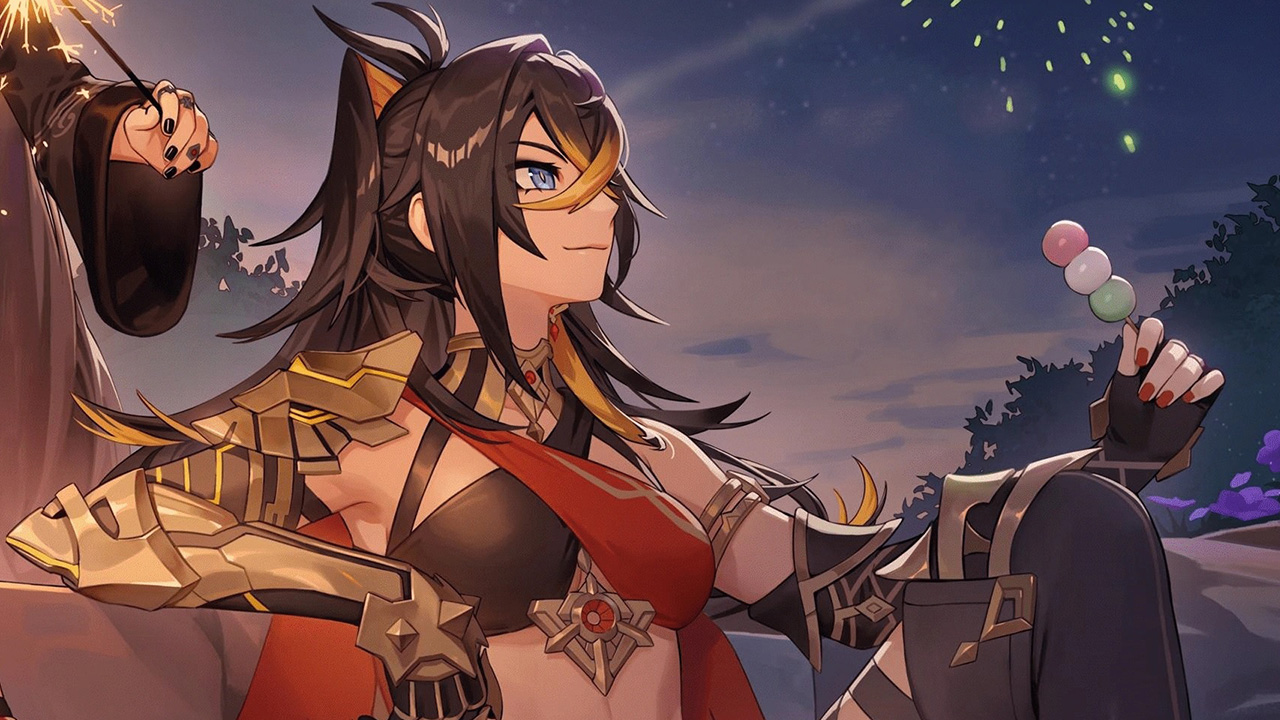 While fans are still processing all of the new info revealed as part of the Special Program focused on Genshin Impact‘s version 3.4, a new leak surfaced, this time revealing more about 5-star Pyro Claymore Dehya and 4-star Mika, both who already debuted as part of the game’s main storyline and which are, according to many leaks, set to receive their playable debuts during the game’s upcoming version 3.5.

The leak, which originated from a private source and was published on the Genshin impact Leaks subreddit by user box-of-sourballs, on behalf of user nolife63, claimed that both characters will scale off HP. With that said, although there is still a lot of mystery regarding Mika and his weapon of choice, the fact that Dehya was already confirmed in-game to wield a Claymore means that, if the leaks regarding her set are indeed true, she may finally make the 4-star Claymore The Bell, considered by many as one of the worst in the game, useful to some extent.

The Dehya leak also revealed that her signature 5-star weapon, rumored to debut together with her possible banner, will have a total of 608 ATK and offer 33.1% Crit Rate at level 90, thus raising suspicions about her ascension passive and overall set, which previous leaks claimed was focused on the use of Dendro+Pyro reactions. The leak surfaced a few days after an avalanche of Fontaine-related leaks was revealed, featuring the possible description of the current Hydro Archon and a wide array of new character models.

Can The Bell Ready Be an Alternative for Dehya?

Although we still have close to no reliable information regarding the peculiarities of her overall set, if Dehya indeed scales off her overall HP, The Bell will be a good alternative, thanks to the weapon’s great HP stat (41.3% at level 90) and good overall attack with 510. The weapon’s passive, although niche, can also work as a great way to increase her damage, especially if paired with the use of characters capable of generating elemental shields, such as Layla and Diona.