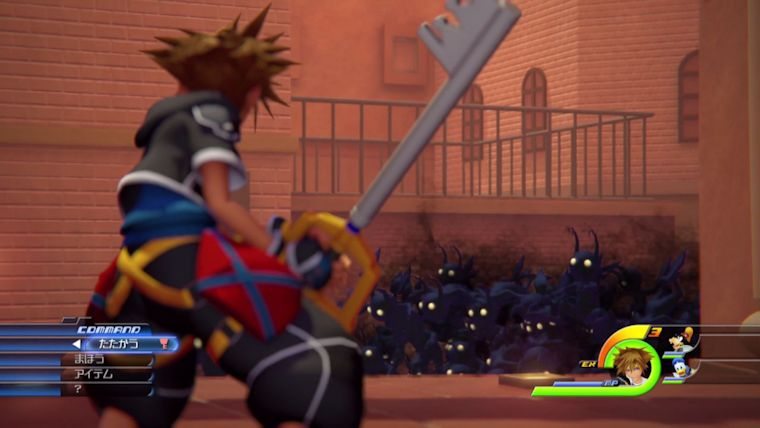 According to Siliconera, Tetsuya Nomura explained to the crowd that while they did not have worlds ready to show off yet, they did want to show the fans something new, which led to a special teaser clip.

The clip starts with some concept art for brand new Heartless, including a new Blue Rhapsody type, a soldier type with wings, and a tiny archer. In addition, an actual 3D model was shown off for what some said looked like a knight or gladiator type Heartless.

Then the crowd sees Sora in his gear from Kingdom Hearts II with the Oathkeeper keyblade, which transforms into a large gun that Sora can shoot. The next scene showcases what appears to be a new town with white houses and large windmills, though some speculate it could be Daybreak Town from the browser exclusive Kingdom Hearts x. KH Insider takes it one step further saying it is a revamped Land of Departure, which fans of Birth By Sleep should remember.

A camera then moves into a building with a chess board with pieces, including one with a Mickey head, as Sora walks in. He picks up a chess piece and the clip ends, with a promise for more info on the game in 2015.

Sadly, this footage is said to be too raw to be released to the general public, so unless there are any leaks, we likely won’t be seeing anything for awhile yet publicly on Kingdom Hearts 3. If you have a hankering for Kingdom Hearts however, don’t forget to pick up Kingdom Hearts HD 2.5 ReMIX today!