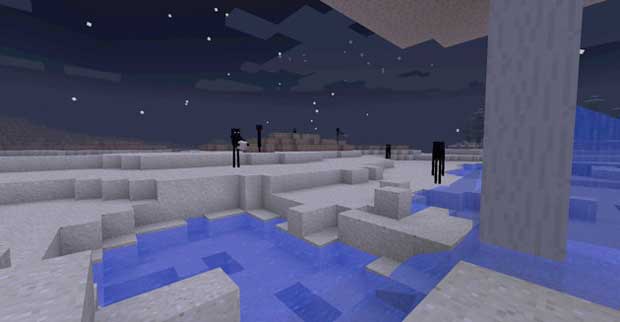 Notch has been working on the upcoming update for Minecraft 1.8 and today the developer revealed a little information about a new mob creature that he has been working on for the game. How exactly these new terrifying characters are going to work is still undisclosed, but at first glance it appears that one of them is collecting blocks. Over on Google + where Notch revealed the new mob to fans of the game, one user made a nod to “Slender Man”.

Notch replied that he would be naming the new mob character “Endermen” in reference. While no specific details were given about how they’ll function in game, in appears that these new characters are working in packs to dismantle areas. Uh oh.

Notch also revealed new ways to interact with mobs that he has been working on.

Hitting a mob while rushing now sends them flying. It's satisfying, and I'm giggling a bit.