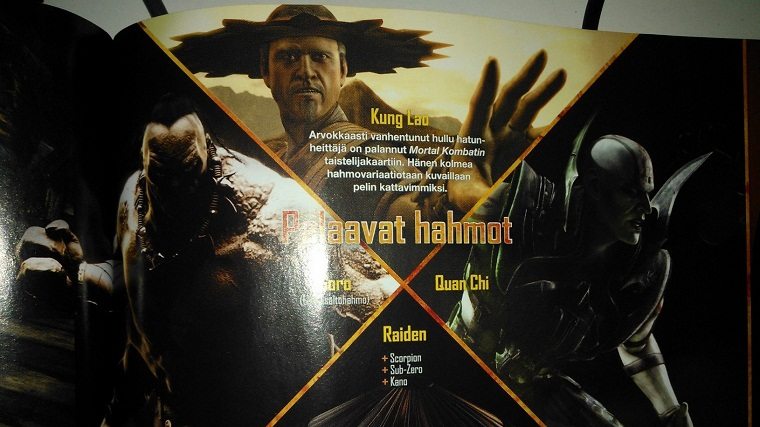 A magazine scan has revealed that Kung Lao will be joining the expanding roster for Mortal Kombat X, plus has some insight to the game’s story.

The scan was posted on imgur and has been shared around online. It’s from Pelaaja magazine which is a publication based in the country of Finland.

EventHubs has posted more on what Kung Lao’s role in Mortal Kombat X will be.

Kung Lao is much older in Mortal Kombat X and managed to have “escaped the last game’s ending“. Ed Boon says he will be one of the more diverse fighters in the entire game. He will still throw his deadly hat at his opponents which has always been a favorite among fans.

Much like the other characters in Mortal Kombat X, Kung Lao will also have three different fighting styles. All three of the styles differ in their own way, but will still see Kung Lao throwing his hat in deadly fashion.

Pelaaja magazine briefly talked about Mortal Kombat X’s story. The game is set around 25 years after the last game concluded. The new ruler of Outworld is now Kotal Kahn. They also said Scorpion faces off against a “new” Sub-Zero. This could mean another relative of the original Sub-Zero has now taken over the role.