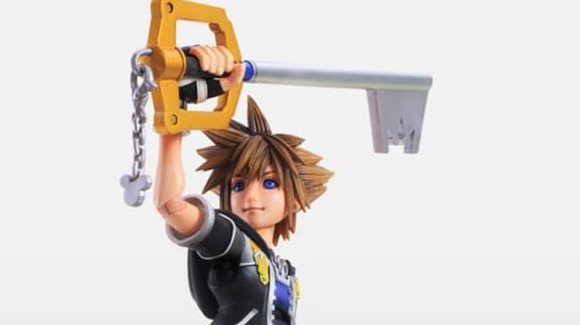 The two new Kingdom Hearts HD 2.5 ReMIX toys are Sora and Roxas who are two of the main playable characters in the game. Sadly, there is no information at this time regarding the price of the two figures. It’s likely Play Arts Kai will release more information as well as new characters eventually down the line. As for now, only Roxas and Sora have been shown.

The two Kingdom Hearts HD 2.5 ReMIX toys also come with cool accessories for you to display. Roxas comes with his own Keyblade and sword as well as even an iceblock. It looks like the Sora toy doesn’t come with much other than his Keyblade.