The latest news in the world of video games at Attack of the Fanboy
September 1st, 2016 by Damian Seeto 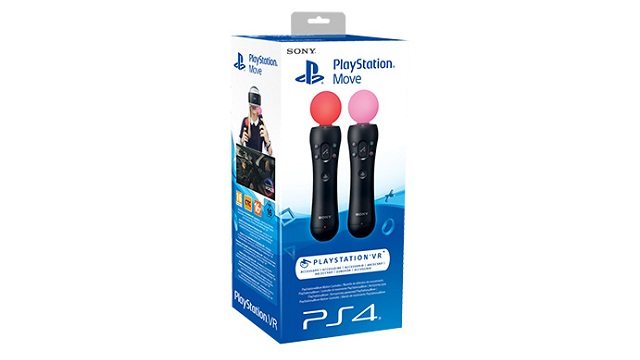 Sony has revealed a new PlayStation Move pack in order for gamers to get ready for the slate of PlayStation VR games that will be out this October.

Press-Start Australia received a press release from PlayStation Australia where there will be two PlayStation Move controllers packaged in one bundle.

PlayStation Move controllers were available in the PS3 era, but they eventually faded away. The controllers should be in high demand again with many PlayStation VR games using them.

The bundle will cost $119.99 Australian Dollars and will be available on October 13th, 2016. It’s likely similar bundles will be released worldwide. Further details from the press release can be seen below.

“Whilst not required for PSVR titles, The move controllers will bring the best experience whilst playing VR titles that will utilise control. Nearly all PlayStation VR titles will support DualShock 4 controllers and several games will deliver an enhanced experience that further immerses gamers with the use of peripherals such as the Move controllers.“.