New “Shocking” Pokemon Project To Be Unveiled Through NicoNico Stream

The latest news in the world of video games at Attack of the Fanboy
August 18th, 2014 by Dean James 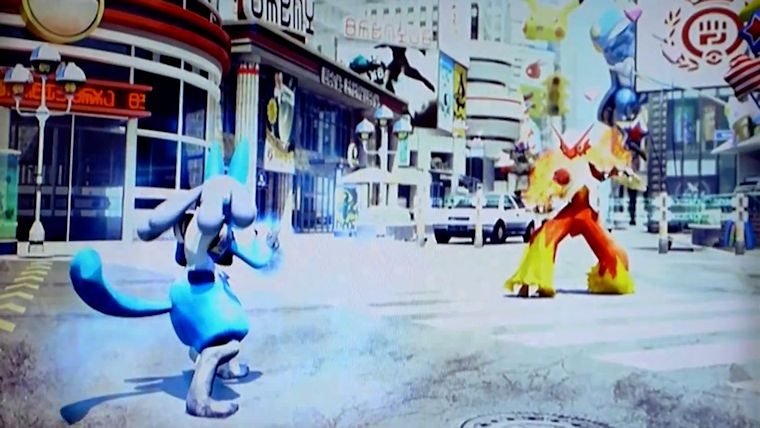 Pokemon Omega Ruby and Alpha Sapphire are set to release this coming November for the Nintendo 3DS, but we are already getting teases of another possible game. It has been announced that the NicoNico Stream on August 26 will be holding a special announcement known as Monthly Famitsu Feat. Pokemon Special, where a major announcement is going to be made according to the official Japanese Pokemon website.

During this stream, it is said that a brand new “shocking” Pokemon project is going to be announced. There was no specification on if this meant a game or some other sort of medium, such as TV or manga. However, a poster on NeoGAF did discover that part of the announcement on the Pokemon website mentioned that it was “Game – Additional,” so take that for what it’s worth, not to mention that Famitsu is involved.

If this is a game, could it be the much awaited Pokken Fighters, which has been talked about for ages now after being trademarked and even hinted at with the image above at a previous Pokemon event? There is also still that very strange Pikachu detective game that we heard about before, but have basically heard nothing about sense. Though that would be far from shocking in any way.

According to Serebii, the stream will be hosted by Ayana Tsubaki & Bunbun-maru, while featuring the president of the Pokemon Company, Tsunekazu Ishihara, well as Nobuhiko Okamoto & Aoi Yuuki as special guests. Two other mystery guests have yet to be announced as well.

What kind of Pokemon game announcement would you most like to see this time? The rumored Pokken fighters, a regular Pokemon Stadium like experience, or something more random like the Pikachu detective game? Make sure to let us know below.