The latest news in the world of video games at Attack of the Fanboy
November 14th, 2017 by Dylan Siegler 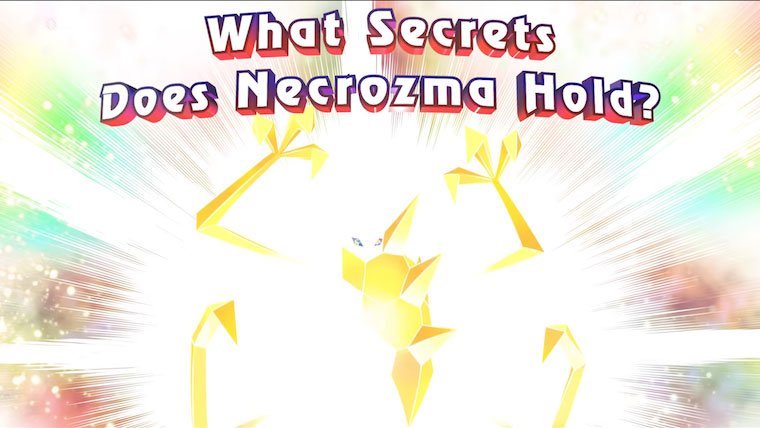 The new main series Pokémon games, Ultra Sun and Ultra Moon, come out this Friday, but new information about the games is still being unveiled. Today (November 14), a new teaser for the games was uploaded to The Official Pokémon YouTube Channel.

The teaser shows that in Ultra Sun and Ultra Moon, many more moves will be accessible to teach your Pokémon via Move Tutor, granted that you have enough Battle Points for the move. Some of these newly teachable moves include Pain Split, Tailwind, Thunder Punch, Endeavor, Focus Punch, Icy Wind, Zen Headbutt, Drain Punch and Heat Wave.

The next section of the teaser seems to imply a new form for the Legendary Necrozma. The text “What Secrets Does Necrozma Hold?” appears onscreen as an image of the male playable character confronting a large, unrecognizable, bright new Pokémon is shown. This would seem to confirm the datamine from earlier that stated that Necrozma would have a new form in the these games, which the dataminers called Necrozma’s “Light” form.

Additionally, Serebii reports that an Ultra Sun and Ultra Moon-based theme for the 3DS, featuring Dusk Mane Necrozma and Dawn Wings Necrozma, will be made available on Friday, November 17 to coincide with the release of the games.