The latest news in the world of video games at Attack of the Fanboy
January 20th, 2015 by William Schwartz 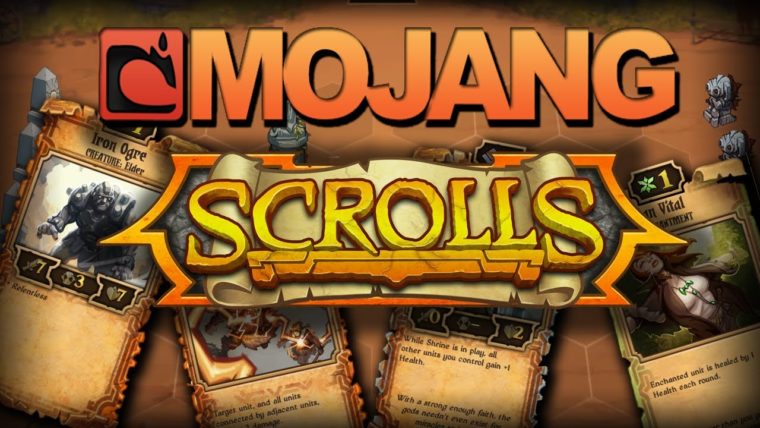 Mojang, the creative team behind the gaming success Minecraft, have today confirmed the release of new content for their digital card game, Scrolls.

The team revealed, via the social networking website Twitter, that six community created decks have been added into the Scrolls store. Alongside this the team has finally taken their time to add idol customisation into the game. This customisation is already available and went into the store alongside the new decks.

Scrolls is the digital collectable card game which most will have heard about due to its court case with gaming giant Bethesda. Despite being from Bethesda’s parent company it was the Elder Scrolls publisher which took the brunt of the media and public wave of discontent. Whilst everyone can see that the Elder Scrolls and Scrolls are similar, everyone is still in agreement the open world RPG franchise and a digital card game are not likely to be confused. Thankfully this court case was settled long ago in Scrolls’ development resulting in them keeping the name but being unable to develop a sequel with the same name.

The premise to Scrolls sees players use their scrolls, the digital cards they have collected, to destroy three out of five enemy idols. Each player starts with five idols at opposing ends of a battlefield, the virtual board where the game takes place. Offering a range of spells and structures players must use their cards wisely to win.