The latest news in the world of video games at Attack of the Fanboy
December 28th, 2014 by William Schwartz 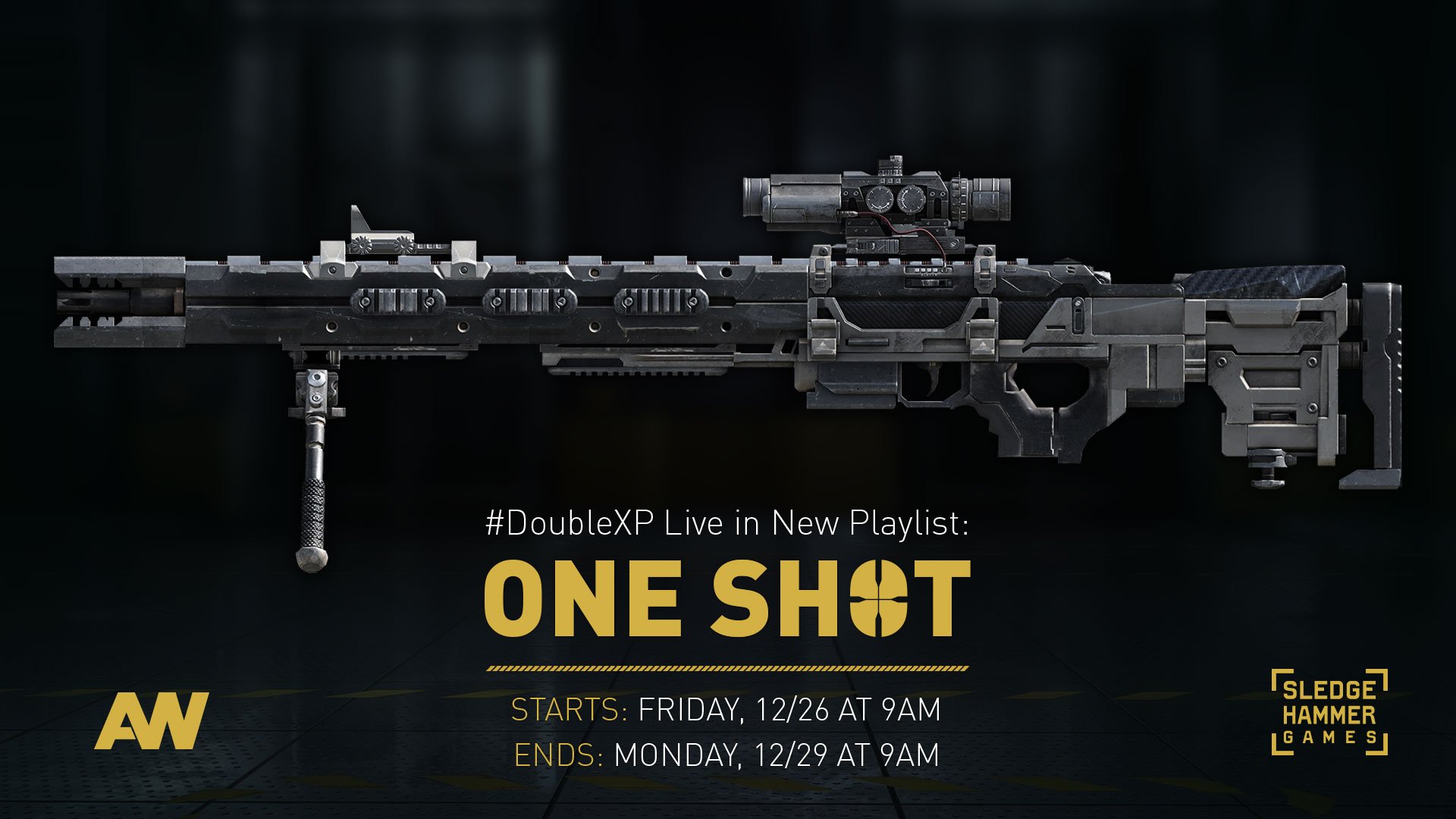 Sledgehammer Games have announced a new game mode for Call of Duty Advanced Warfare called One Shot. It is a sniper rifles only game mode which has custom, Sledgehammer-built classes that all have slightly different perks and equipment. However, the defining feature here is that you only get a sniper rifle. Not even a sidearm, so make those shots count!

The custom classes are called Hard Scope, Zoomed, Irons, 4X and Ace, which roughly correspond to the kind of sights you will be using on your rifle. Other than different perks, they all have variable grenades and either the exo hover or exo cloak abilities you’ve grown accustomed to in Call of Duty Advanced Warfare. You also get different attachments for your sniper, be they iron sights, extra magnification scopes or a rifle stock.

To help drum up a bit of publicity for the event, the whole One Shot playlist will also be subject to double XP from now till 9AM on the 29th of December. So get on, get those head shots and that extra XP!

Will you be jumping onto Call of Duty Advanced Warfare to take advantage of the double XP as well as trying out the new game mode? Let us know in the comments below!