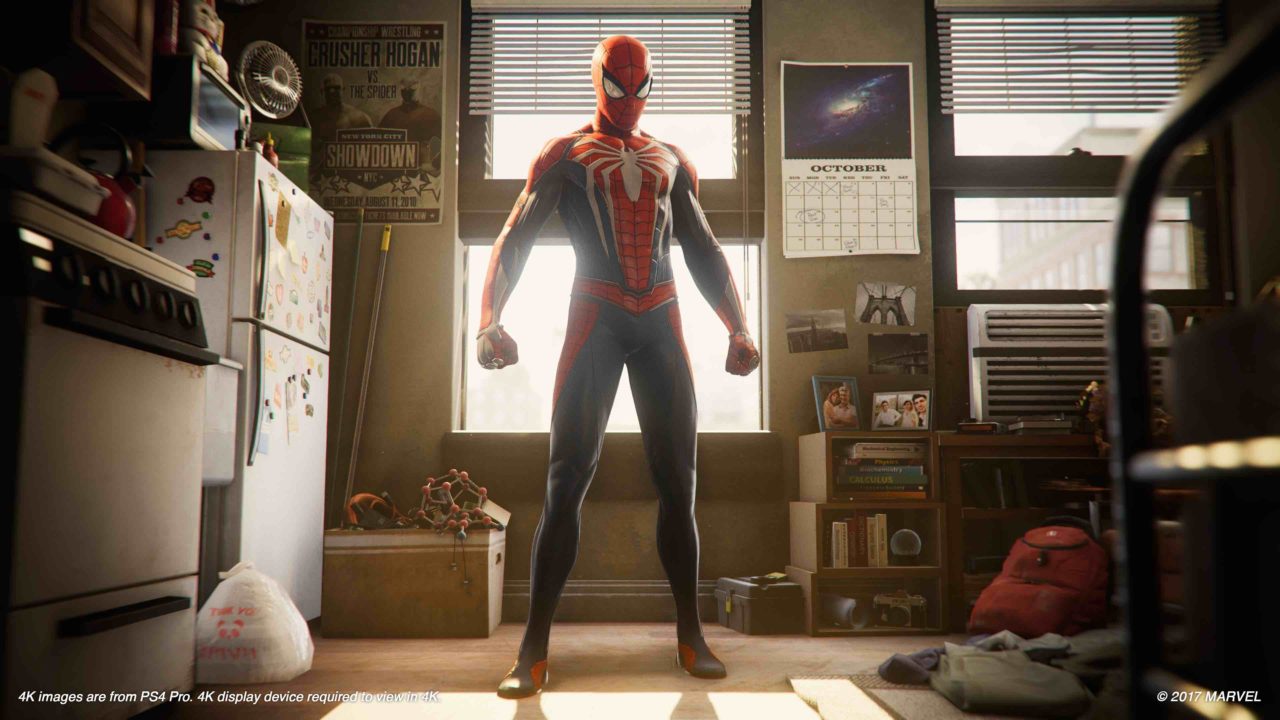 Marvel’s Spider-Man, Insomniac Games upcoming PS4 exclusive has already gone gold leaving us to wait in heated anticipation for the gorgeous-looking title which has had our spider senses tingling ever since the game was revealed in 2016.

A new video from PlayStation Access popped up showing off a bunch of new gameplay features along with creative director, Bryan Intihar talking us through it.

The video begins by showing us more of the stealth mechanics in the game – something far from the freestyle web traversal and combat but something perhaps needed to steady the pacing of the game. We see Spidey crawl through a ventilation shaft allowing him to sneak up on foes from above similar to Rocksteady’s Batman series. You can use your web shooters to distract enemies by shooting the ground which lures them close enough to spin into a conveniently disabled cocoon.

Later in the video Intihar shows us some web swinging tricks (a request from gamers, apparently) that you can perform while traversing the impressive New York City landscape. They certainly look like a fun thing to do while already having fun but also further the brilliant animations the game has on show.

The combat culminates in a sneak peek at the boss fight against Fisk, where we see Spider-Man using the environment to his advantage but also get into a down and dirty fistfight with Fisk, complete with incredible animation, slow motion and scripted events breathing some truly cinematic life into the game. We’ve previously been able to see Spidey fight Shocker and hopefully the boss fights will shake up patterned attacks as our E3 preview saw the fight become a little tired. Read those impressions here.

One last snippet of info is that players will also be able to control Peter Parker in certain sections of the game. This will no doubt work in tandem with the slower stealth sections in providing some quiet time away from the action to further develop the world and its inhabitants.

Insomniac’s Spider-Man is out exclusively for PlayStation 4 on September 7th.