The latest news in the world of video games at Attack of the Fanboy
April 30th, 2016 by Dean James 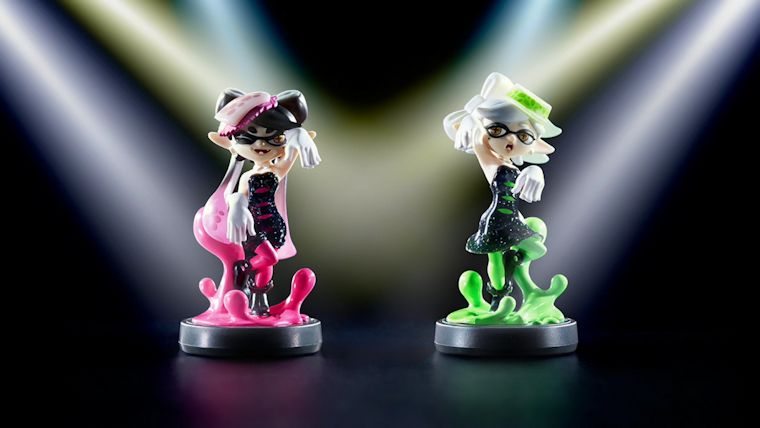 Splatoon is Nintendo’s newest original franchise and really looks like it could be a force moving forward for the company after the success of its first entry. Naturally the game launched with three amiibo last year that added extra content to the game. There have been rumors out there that more were coming for months now, and now they have finally been announced.

Upon the release of Splatoon last May, the Squid Sisters of Callie and Marie quickly became fan favorites, which led to fans hoping we would see amiibo for them as well. Even with the rumors, the further we got away from that release the more unlikely it seemed, but Nintendo surprised us with tonight’s announcement.

Coming on July 8 in the US, a Callie and Marie 2-pack will be coming for $24.99 that includes both amiibo. These will be sold separately in Japan, but in the US they are only going to be available in the 2-pack.

The Callie and Marie amiibo are said to add “fresh performances” for the two in the game, which you can kind of see in the below announcement trailer for these amiibo.

This would have been a great announcement all by itself, but that’s not all, as they also announced three other new amiibo as well. Also coming on July 8 will be three recolored Splatoon amiibo of the original three that were released. This includes a recolored Inkling Boy, Inkling Girl, and Squid, with the first two being available separately for $12.99 or all three in a 3-pack for $34.99. Sadly, the Squid once again will be exclusive to the 3-pack as it was before. 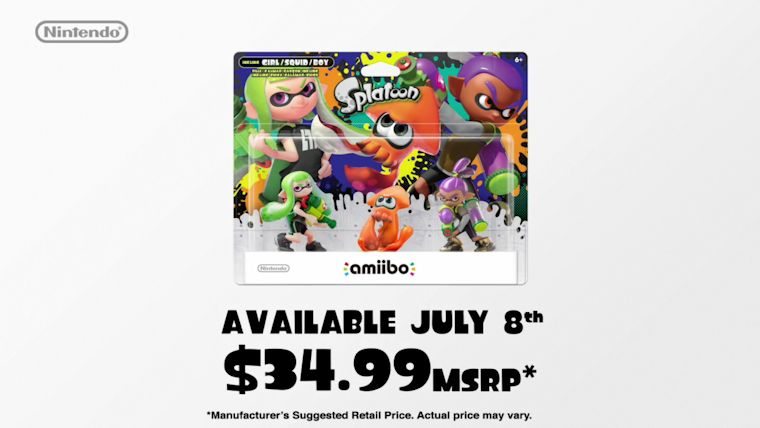 Make sure to stay tuned for any details on when this amiibo will be up for pre-order, as these may be harder to obtain due to the characters’ popularity since release.