What are the new balloons in Pokémon GO 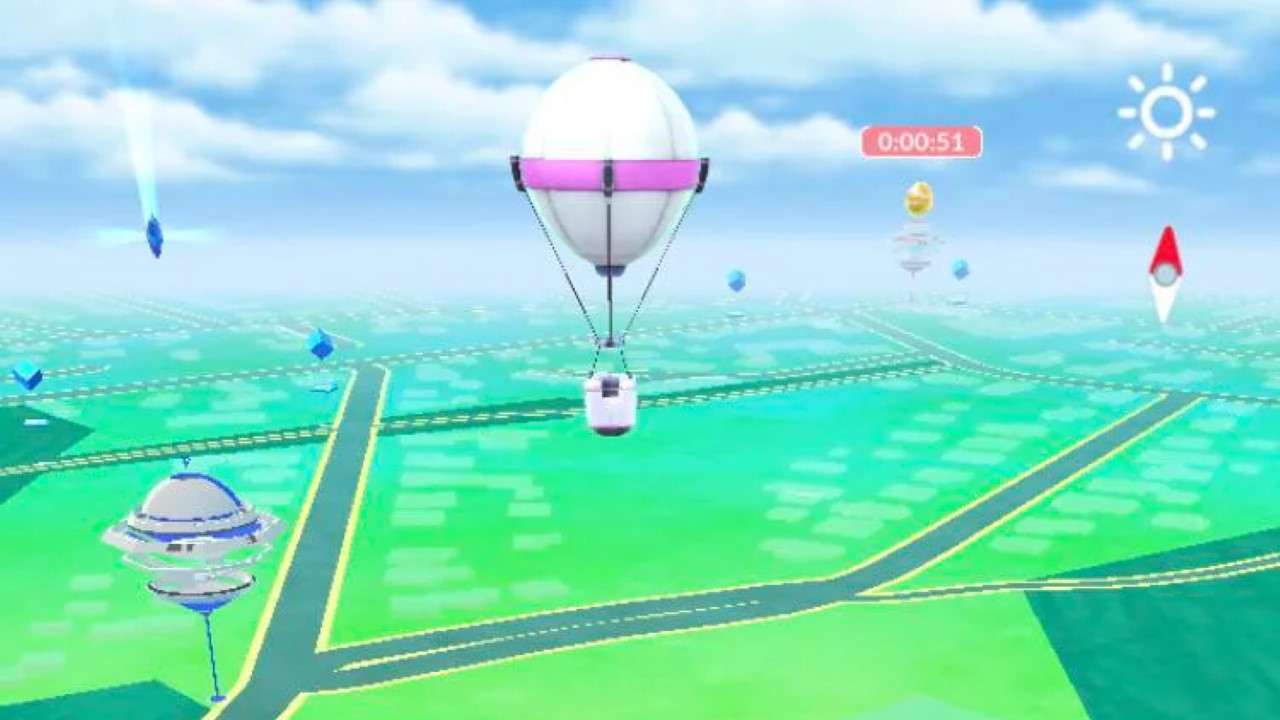 If you’re playing Pokémon GO today you may wonder what those new balloons are up in the air. Taking the place of some Team GO Rocket balloons, new advertisements have begun appearing in Pokémon GO. These feature ads for Grubhub and potentially other services in the future. But their appearance has come without much warning for the first few who have seen them. So here’s what the new ad balloons are in Pokémon GO.

NOTE: You can disable ad Stops and balloons in the in-game settings. Simply check or uncheck “Show Sponsored Gifts”

What are the New Balloons in Pokémon GO

While they may float in just like the Team GO Rocket balloons that have been a part of Pokémon GO for quite a while now, these new ad balloons are a bit different. Team GO Rocket is looking to fight and offers players bonus items and a potential Shadow Pokémon for a victory. These are simply there to rain rewards upon the player, hoping to get them to buy, use, or subscribe to the advertised service.

So instead of having to fight for your reward, all you need to do is tap the ad balloon and open the gift it offers you and you should receive some reward items. So far players have reported Poké/Great/Ultra Balls, Potions, Rare Candy, and Stardust but expect to get almost anything as this feature rolls out. The balloons seem to appear on some sort of schedule, though we’ll need more time with them to figure out exactly when they appear. Players have reported that the balloons will linger for about 10 minutes before disappearing, which is a shorter time span than for Team GO Rocket.

Do these replace Team GO Rocket balloons? It doesn’t seem like it so far, but they are brand new so anything can change. Still, this gives you even more reasons to log into Pokémon GO during the day, if you don’t mind being advertised to randomly. Since they have had sponsored Poké Stops and gyms for years it seems like a logical step to include the direct balloons players have enjoyed so much during the COVID-19 pandemic.