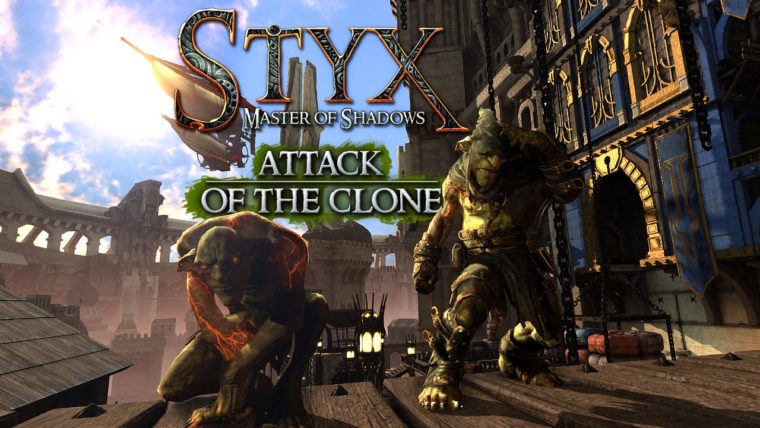 Not too long ago, we gave you a first look at Focus Home Interactive’s upcoming game, Styx: Master of Shadows. We talked about how it was a stealth/assassination/parkour game that has great similarity to games like Assassin’s Creed and Shadow of Mordor. What Styx: Master of Shadows does to differentiate itself from the other games on the market is that it is not bound by reality and the annoying rules that such a limitation would entail. Thus one such noticeable thing you have probably discerned about Styx: Master of Shadows that is unrealistic (not including the fact that Styx is a goblin) is that magic exists.

We’ve previously shown you an example of how magic is a staple of gameplay in the game with how Styx can turn himself invisible to gain a tactical advantage, which is really important for Styx because, even one-on-one and a fair fight, Styx can’t stand up against normal humans which is why it is extremely important for Styx to be able sneak up behind humans and deliver the killing blow in one fell swoop.

Now we’ve found out that Styx has another magic trick up his sleeve, which is hinted by the name of the trailer of “Attack of the Clone.” Styx is able to create a clone of himself that can create distractions, scouting and generally doing things to help Styx prime achieve his objectives. This is interesting in terms of gameplay because both the clone and Styx prime is controlled by the player, so it’s still singleplayer (and thus theoretically easier to co-ordinate than the multiplayer system that Assassin’s Creed Unity is pushing), this will add many facets to ways once can do things in this type of game that other games are unable to.

Styx: Master of Shadows is set to be released sometime in October for PS4, Xbox One and PC.

Does this peak into Styx: Master of Shadows pique your interest? Let us know in the comments below!