The latest news in the world of video games at Attack of the Fanboy
September 8th, 2014 by Danny Vittore 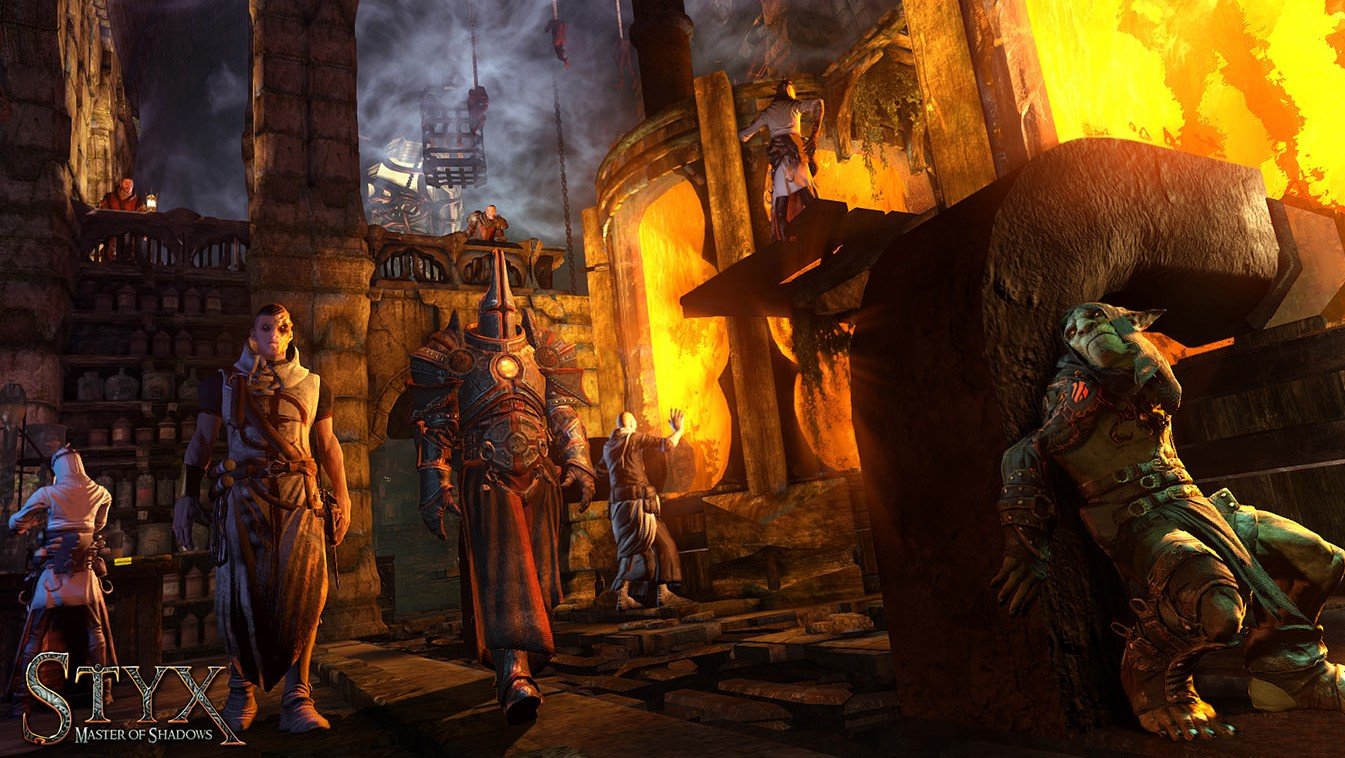 There was once a time when the idea of a parkouring man of great lethality in a sandbox was a novel idea. Some of you may remember that time, for it was back when the first Assassin’s Creed came out. However, ever so slowly, companies other than Ubisoft are throwing their lot into the mix. An example of one such game is Focus Home Interactive’s Styx: Master of Shadows.

The first thing you will probably notice is that the main character (who you play) isn’t a human, but a goblin-like being. At least it goes to show that, this year, not only will you get to massacre a bunch of them in Shadow of Mordor, but you will also get to play as one and reciprocate the favor towards the oppressive humans!

First and foremost, you will notice that Styx: Master of Shadows is not a game that relies on immense realism (the main character, Styx, being a goblin probably gave you a hint of that). Not having full-on realism, however, helps add aspects to gameplay that aren’t available to more “realistic” games like Assassin’s Creed. For example, in the case of Styx, you will utilize magic to do things like turn invisible for a certain period of time.

Another you will quickly notice is that Styx: Master of Shadows is not an “assassination game” where, if you wanted to, you could just fight off whole armies by yourself. It is promised to be a bona-fide infiltration game with RPG elements (so, you will probably get to upgrade and possibly outfit Styx out) where getting into actual fights with humans will get you killed (because, you know, you’re a goblin and are smaller and weaker than a normal human soldier).

Being an infiltration game, with assassination elements, there appear to be quite a few opportunities to kill people with the environment through the dropping of heavy cranes and the like on them. It will be interesting to see if Styx gives more opportunities to have environmental and contextual kills that could set it apart from the rest of the pack.

Styx: Master of Shadows is planned for release this October for PC, Xbox One and PS4.

Does Styx: Master of Shadows look like something that you want to get? Tell us in the comments below!