The latest news in the world of video games at Attack of the Fanboy
July 31st, 2017 by Dylan Siegler 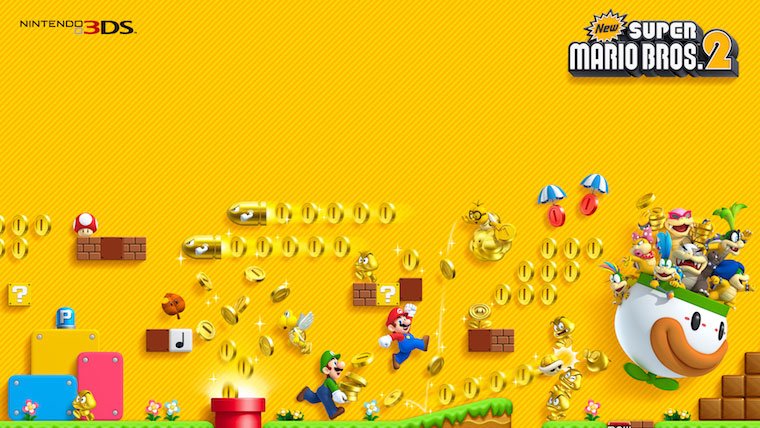 Polygon reports that a new Nintendo 2DS bundle is coming out on August 25. This bundle will include a white and red 2DS system with the game New Super Mario Bros. 2, likely pre-downloaded onto the system rather than a physical copy of the game. Like the Mario Kart 7 2DS bundle that is currently available, this new bundle will cost $79.99, the same amount that the 2DS usually goes for on its own without any games.

The confusing thing about this new bundle is that just last week, Nintendo released the New 2DS XL, a more powerful 2DS that has the 3DS’s clamshell design, but lacks 3D capabilities. Reggie Fils-Aime, the president of Nintendo of America, explained that the purpose for the New 2DS XL is to have an intermediate stage between the powerful but more expensive New 3DS XL and the weaker but cheaper 2DS. You would think, given the New 2DS XL’s recent release, that Nintendo would be focusing on trying to sell it, rather than making bundles of older handheld consoles, like the original 2DS. Why wouldn’t they just make a New Super Mario Bros. 2 New 2DS XL bundle instead of a 2DS bundle? Who knows. Maybe Nintendo’s just trying to milk every iteration of the 3DS for all they are worth before eventually discontinuing the line of products completely.