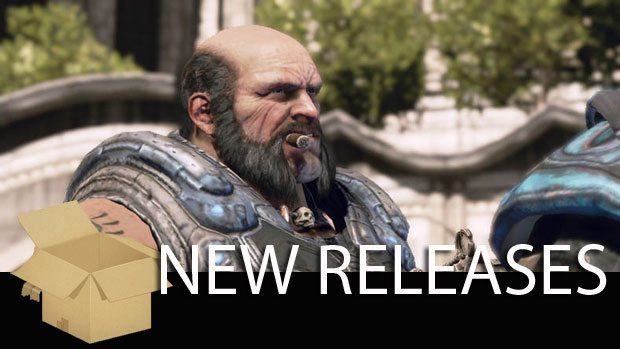 Here are your video game releases for the week of December 11, 2012.

Gears of War 3: Raam’s Shadow (Xbox 360) – RAAM’s Shadow is scheduled to release for the Xbox 360 on December 13th for 1200 Microsoft Points.  The single player expansion is said to be approximately three hours long, feature six new multiplayer characters, as well as new achievements to earn.

Battlefield 3: Back to Karkand (Xbox 360, PC) – Battlefield 3 leaps ahead of the competition with the power of Frostbite 2, the next installment of game developer Dice’s cutting-edge game engine. This state-of-the-art technology is the foundation on which Battlefield 3 is built, delivering superior visual quality, a grand sense of scale, massive destruction, dynamic audio and incredibly lifelike character animations. As bullets whiz by, walls crumble, and explosions throw you to the ground – the battlefield feels more alive and interactive than ever before.

Joe Danger: Special Edition – (Xbox 360) – A death-defying thrill-ride starring the world’s most determined stuntman, Joe Danger! Combo, boost and pull ludicrous stunts to fill Stadiums and put Joe back on the podium. Race against your friends or take on your rivals, the reckless Team Nasty. Leap school buses full of screaming kids and pools of ravenous sharks, as you attempt to wheelie your way into the record books in over 100 eye-poppingly gorgeous levels!

Rocksmith: Complete Kit – (Xbox 360, PlayStation 3, PC) – Introducing the next stage in the evolution of the music game. Rocksmith, the first and only game where you can plug into any real guitar.  Featuring gameplay that automatically adjusts to your personal ability and innovative game design that makes playing music visually intuitive, Rocksmith will engage experienced musicians as well as those who have never picked up a guitar in their life.

Doctor Lautrec and the Forgotten Knights – (3DS) –Doctor Lautrec and the Forgotten Knights will be the game that’ll make you pick up a Nintendo 3DS if you don’t already own one. And be the game that you always carry if you own one. It’s a robust and immersive adventure game with brain bending puzzles that’ll challenge both you and your friends. With a unique cast of characters and a storyline that’ll engage you from the beginning the challenges that lie ahead will be well worth your time!

Bastion: Strangers Dream – (Xbox 360, PC) – Stranger’s Dream includes a new fully narrated sequence with bigger and more challenge than others.  The DLC will provide insight into Rucks’ backstory, and will also include a score attack mode, and no-sweat mode.