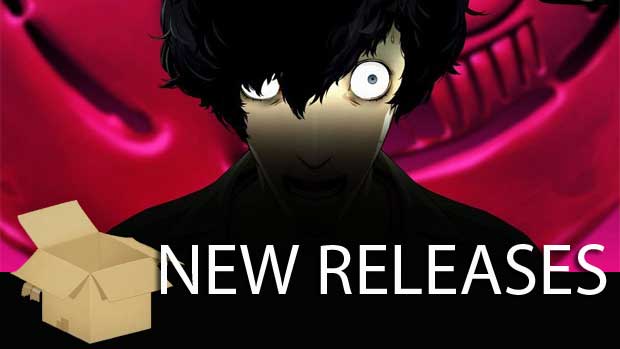 The latest video game releases for the week of July 25th, 2011

Catherine – (Xbox 360, PS3) – Players will enter the life of Vincent Brooks, a 32-year-old man who finds himself caught by the irresistible attraction of the game’s titular diversion. Vincent wakes up, hungover, next to a stunningly beautiful woman who isn’t his girlfriend. This lands him in a predicament that occupies most men’s dreams and nightmares. Did anything happen?  Does he tell his longtime girlfriend, who’s pressuring him to commit to her? Can he get away with stringing both women along?  What will you choose to have Vincent do?  Who will you choose to hurt?  In life, cheating can ruin everything, but in the world of Catherine, it can also kill you.

From Dust – (Xbox 360, PC) – Discover a unique Modern God game where nature is the star: From Dust, the latest original concept by Eric Chahi, visionary creator of Another World. Behold the beauty of a primitive world pulsing with life and face the might of nature. Beware the danger of a world that is constantly changing under your command. Control the destiny of a tribe struggling to survive and help it recover its ancestors’ lost powers. Immerse yourself in a world as exotically beautiful as it is dangerous. A universe where Nature reclaims what is Hers; and you are your people’s only chance of survival.

Dragon Age II: Legacy – (Xbox 360, PS3, PC) – Targeted by a vicious criminal cartel that are hunting “the blood of the Hawke,” you must put an end to their relentless attacks. Leave Kirkwall, and journey to an ancient Grey Warden prison in order to find the source of the aggression and uncover the harsh truth about the Hawke lineage. Playable from any point in the Dragon Age II campaign, face new breeds of darkspawn, forge a powerful new weapon and come face to face with an ancient horror.

Call of Duty: Black Ops Annihilation DLC – (PSN)- Obliterate the competition with 4 unique Multiplayer Maps and a wild new locale for the latest in Zombies action. Jump into battle with “Hangar 18,” located in the classified military base of Area 51; “Drive-In,” close quarters combat through a 60’s American Drive-In theater; “Silo,” a secret Soviet nuclear missile site in this multilevel battleground; and “Hazard”, a coastal golf course on the cliff sides of Cuba. Zombies are back in “Shangri-La,” a legendary shrine lost in an exotic jungle.

Section 8: Prejudice – (PSN) – In the distant future, humanity will call on its most fearless defenders to confront an emerging threat determined to eradicate all human life as we know it. Section 8: Prejudice is a sci-fi first-person shooter with dynamic combat, where every decision — from customizing equipment to activating team based objectives — drastically impacts the battlefield.