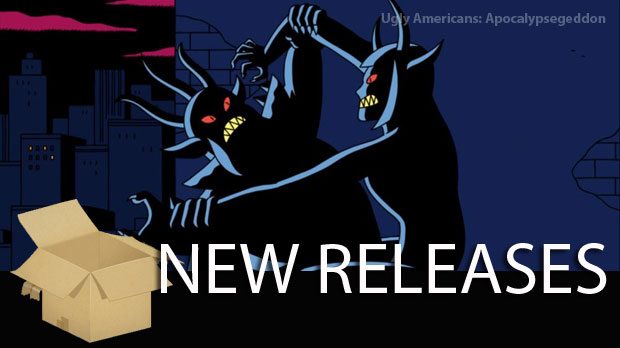 The latest video game releases for the week of August 29th, 2011

BodyCount – (Xbox 360, PS3) Bodycount reboots the First Person Shooter with a single-minded focus on delivering best-in-class gunplay. Gamers will experience the intense satisfaction of spectacular close-quarters combat in a shreddable world as players and opponents tear through cover to execute explosive kills. The first game from Codemasters Guildford Studio, Bodycount is being developed using the EGO Game Technology Platform, an evolution of the award-winning EGO engine. Ensnared in a clandestine global power struggle that rages under the cover of conventional war zones in Africa and Asia, players must eliminate a relentlessly evil enemy known only as ‘The Target’ on behalf of the ‘Network’. After being dropped into chaotic areas of operations, gamers deploy a mouth-watering selection of contemporary firearms to tear through environments and enemies, chaining kills and earning power ups. Complimented by co-operative and multiplayer modes, Bodycount will set new standards for intense, outrageous arcade action and put the fun back into the FPS.

The Baconing – (PS3, Xbox 360) Unaware of the myth of The Baconing, the hero DeathSpank, on a boring day in Spanktopia, decided to try on all of the undergarments at once. Much to his surprise, the result had nothing to do with chafing or wedgies, but rather the summoning of an evil incarnation of himself, the AntiSpank.

Ugly Americans: Apocalypsegeddon – (Xbox 360) Discover the awesomely hilarious world of Ugly Americans and stop the evil plot to bring the end of days! Play online or locally for up to 4 player co-op dual stick shooting action. Play as Leonard (the drunken wizard,) Grimes (the tough cop,) Callie (the hot demon chick,) or Mark (the lucky human) and use their special abilities and the BSU-2000 to annihilate everything in sight. Our friends at the DOI have uncovered a plot to bring about the End of Days and only you can stop it. Level up your heroes, equip them with 30 different weapons, and collect demon babies to boost your abilities as you take on hordes of demons, zombies, man birds and giant (yes giant) boss battles! Unlock a free full episode from the new season, two avatar awards and extra scenes from season 1!

BloodRayne: Betrayal – (Xbox 360, PS3) The original video game femme fatale, Rayne, has returned to battle and feed in a brand new hack ‘n slash adventure. Slay ghastly enemies as Rayne, the sexy dhampir with superhuman strength, speed, and agility, recruited by the vampire hunting Brimstone Society for one last mission. The target is a lavish, yet sinister ball in a secluded castle with plenty of dark and gruesome surprises. With the help of a mysterious friend, and members of Brimstone, Rayne must infiltrate the manor, take out the fiendish horde, and stop an evil master plot once and for all.