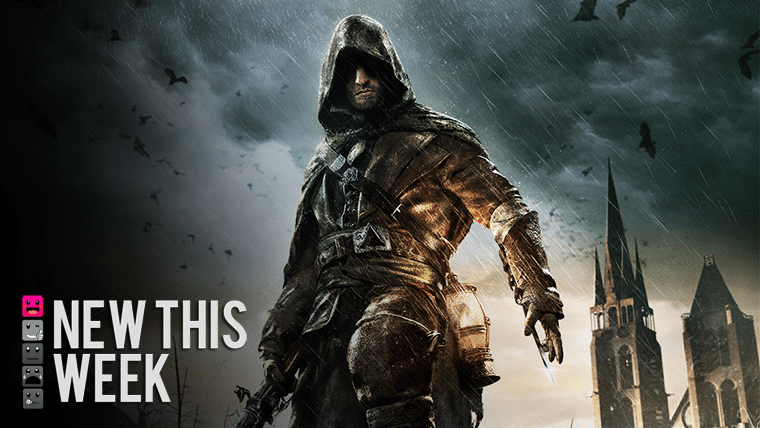 After last week’s incredibly slow week of new releases, we do pick up the pace quite a bit, albeit without a single retail release scheduled. The headliner is easily the now free DLC for Assassin’s Creed Unity known as Dead Kings. Originally scheduled to be part of the Season Pass for the game, it was announced to be free upon the cancellation of the pass after the game’s launch problems.

Atelier Ayesha Plus: The Alchemist of Dusk is scheduled to release on Tuesday for the Vita as a digital download only, though the PlayStation blog did not have it listed for this week, but the official website for the game still says its coming and with no delay announcement, we are assuming it will be released. Vita is also getting a few others games like Joe Danger 2: The Movie and Shake Spears, while PlayStation 3 gets a couple Monopoly games,

The most surprising of the new releases for the week is definitely Brandish: The Dark Revenant, which is actually releasing on the PSP. It also can be played on the PS Vita and PS TV as well, but the fact it’s out on the PSP is pretty shocking. This could in fact be the last release to grace the PSP in the US at this point even.

Check out the full list of new releases below of what you can expect to be released the week of January 11th through January 17th: