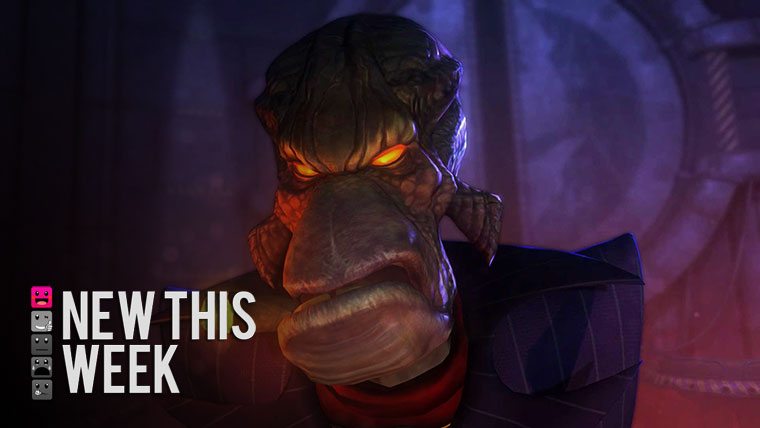 This week would certainly fall under the category of a disappointing week of new releases, with only a miniscule amount of games coming out this week, unless you are a fan of indie PC titles. The headliners this week happen to be a remake of an old game and a repackaging of a formerly digital only game.

Oddworld: Abe’s Odysee – New ‘n’ Tasty! is the brand new HD remake of the classic Oddworld game, which is coming to all three PlayStation platforms on Tuesday.

We also have a trio of new releases coming to the Wii U eShop on Thursday, along with two games for the Nintendo 3DS eShop as well. To cap off the week, we finally are getting the retail release of Wii Sports Club that combines all of the previously released individual sports from Wii Sports Club into one packaged disc. This means you won’t have to worry about paying for individual day trials or the separate sports if you do not want to in the future.

There are plenty of PC games being released throughout the week, such as AR-K and OlliOlli as well.

Check out the full list of new releases below of what you can expect to be released the week of July 20th through July 26th: