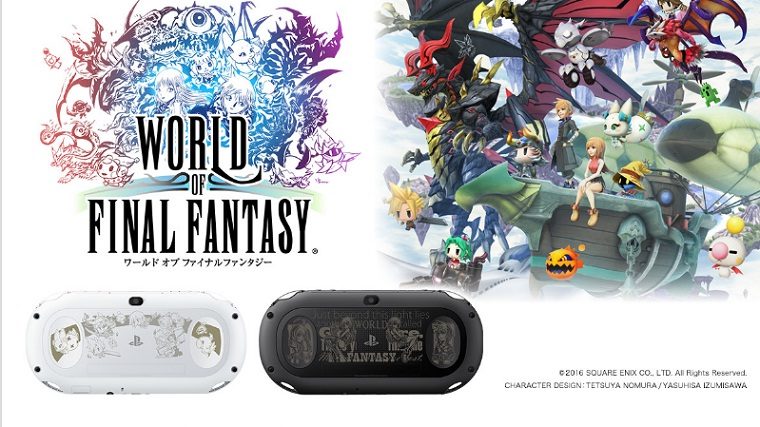 If you love collecting different looking PS Vita consoles, you’ll be happy to know that Sony and Square Enix are releasing models based on World of Final Fantasy.

The World of Final Fantasy PS Vita console comes in two colors. There’s a white one and a black one. Both consoles feature artwork of the game’s main characters and other creatures.

Not only do you get a cool looking console, but it also comes with a theme for World of Final Fantasy. The icons on the console are blue and there are three different background wallpapers. It looks very pretty compared to the default options.

As of right now, the consoles are only available via the Japan Sony Store. It costs 20,980 yen and it has a release date of October 27th, 2016. Bear in mind, the actual World of Final Fantasy video game is not included which is disappointing. You’ll have to buy it separately to play it on the PS Vita.

The new game will also be available on the PS4. The game is an alternative to Final Fantasy 15 as it looks more light-hearted and brings backs the turn-based style of combat system. Not to mention the character models have a cutesy appearance.