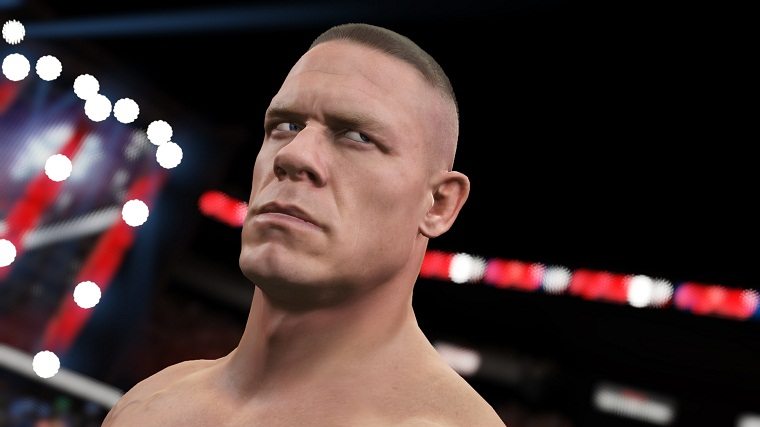 Three new screenshots for WWE 2K15 have now been released. Again, they take a look at John Cena, Randy Orton and Goldust.

The three screenshots are provided by French website GameBlog. There is also a photo of Sting getting scanned to be in WWE 2K15. Sting is sporting the “Crow” look that made him famous back in WCW. There is also the “Surfer” blonde version of Sting in the game too.

The three new high resolution screenshots show John Cena, Randy Orton and Goldust. The new WWE 2K15 screeshots are from the PS4 and Xbox One versions of the game. If I were to nitpick, I would say Randy Orton looks more realistic than John Cena does. It could be just the weird facials John Cena’s character model is making though. Goldust is looking amazing too. Goldust looking good means they just didn’t focus on the main stars.

Nevertheless, 2K scanned most of the current roster for WWE 2K15. This ensures the character models look and move as accurately as possible. It’s a huge step up from the PS2-like visuals of WWE 2K14 that’s for sure.

You can scroll above to see all screenshots and the Sting photo.