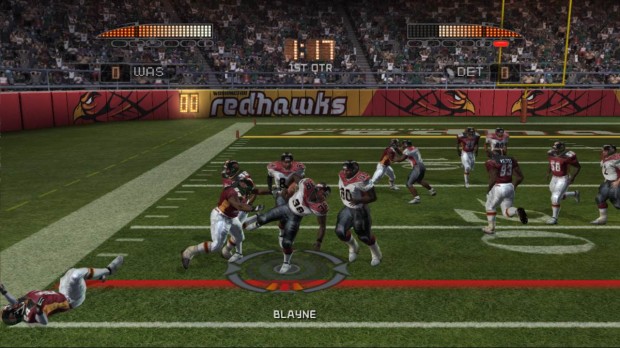 The classic NFL Blitz franchise is making its way back to consoles in 2012.  Coming in January, the classic Midway arcade title “NFL Blitz” will return.  Being developed by EA Tiburon, the arcade style football game will be headed to both the PlayStation Network and Xbox Live Arcade for $15.

EA will make use of that NFL license, so expect that all 32 NFL teams will be represented in the game.  The gameplay is an abriged version of the traditional football, boaasting seven vs seven, “boss battles”, and an “Elite League Mode”.  This 90’s classic will be fitted with online play to usher in a new era for the franchise.

Look for more information as it’s released, NFL Blitz returns in 2012.  (above image from Blitz 360)