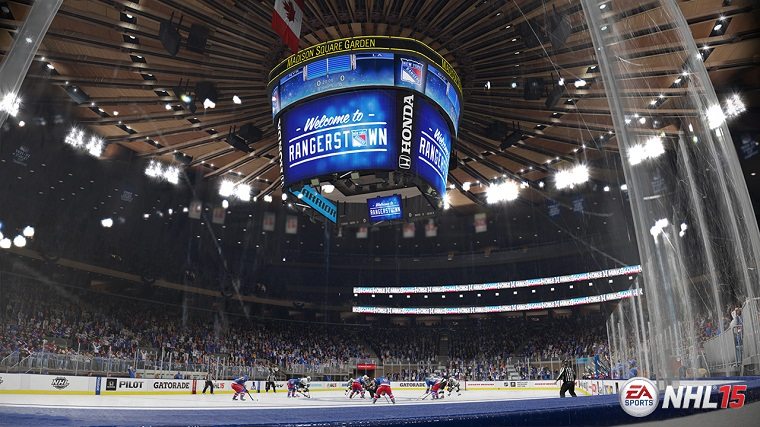 Some fans were disappointed to know some features are missing in NHL 15 compared to previous games. It looks like there are even more missing modes and features in the full game.

Some gamers have been able to play the game early for 6 hours thanks to the EA Access service. Operation Sports has listed several missing features and modes from NHL 15. Some things are small, but others are quite major. It’s sad EA has removed so many features from the franchise that were easily included in past games.

In terms of features, NHL 15 has removed quite a lot. Just to name a few, there is no more “No Online Team Play, No EA Sports Hockey League, No EA Sports Arena, No Online Shootouts” and more. This is just a tip of the iceberg of missing features. You cannot even create-a-team or even edit individual players. Custom music support is also gone.

There are also some things that are missing from the “Be A Pro and Be A GM” modes. The features that are being mentioned were included in NHL 14 for the PS3 and Xbox 360. NHL 15 however has weirdly removed a lot of things which has made some fans very angry.

Operation Sports has listed a lot more missing things they’ve noticed in NHL 15. Have you played the game yet and have you noticed loads of missing features and modes?